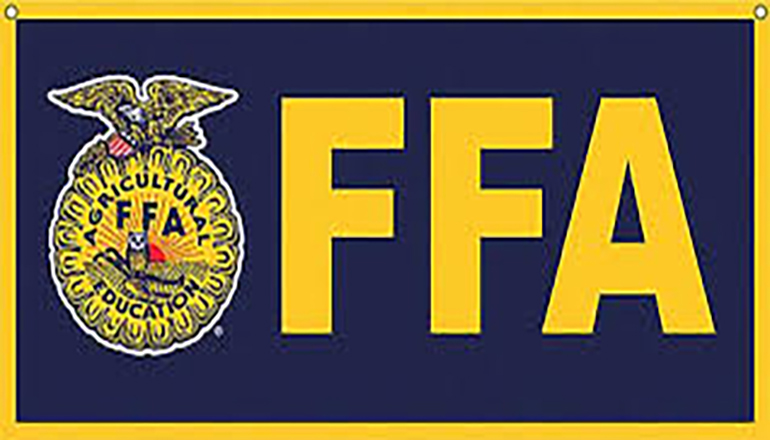 FFA members from across the state will meet in Columbia, April 19-20, at the 90th Missouri FFA Convention to honor fellow members for outstanding achievements, conduct association business, elect new officers and participate in leadership workshops.

RISE is the theme for this year’s annual convention, which is expected to attract more than 8,000 students and guests to Hearnes Center on the University of Missouri campus.

According to Missouri FFA Executive Secretary Keith Dietzschold, the state association will present State FFA Degrees to 756 members who, as a result of their agricultural and leadership achievements, have qualified for the state’s highest FFA degree. Dietzschold also said Missouri has the largest number of American FFA Degree recipients of any state – 532 Missouri FFA members received the American FFA Degree in 2017 during the national convention held in Indianapolis, Indiana, in October.

FFA members also will participate in a number of organization program areas including speaking competitions and career development events such as agricultural sales, floriculture, and livestock evaluation.

The Distinguished Service Citation will be presented to Andrew McCrea, Maysville, Missouri. He is a farmer and rancher, a radio and television broadcaster, and a nationally-recognized speaker. McCrea and wife Paula, along with children Luke and Allison, are the fifth and sixth generations to operate the family farm consisting of crops, pasture and beef cattle on nearly 4,000 acres. McCrea is the host of The American Countryside heard daily on nearly 100 radio stations (including KTTN) and Sirius XM satellite radio. The television version is a regular feature of the U.S. Farm Report. The program has been recognized with five Oscars for rural and agricultural broadcasting. McCrea was a member of the King City FFA Chapter, served as 1991-92 Missouri FFA president and 1993-94 National FFA secretary. He was a trainer for National FFA 1995-2005 and still assists with national officer training. He also helps behind-the-scenes during National FFA Convention. Since 1996, McCrea has conducted officer-team training for Missouri and helps with state officer training in Illinois and Arizona. He is the Missouri FFA Convention manager and is director of the Area Officer Institute and the Public Speaking Institute. McCrea has received the American Honorary FFA Degree, and state and chapter honorary degrees.

Two FFA chapters will be chartered during the Thursday evening session. The new chapters are Blair Oaks and Grandview.

National FFA Western Region Vice President Bryce Cluff, a member of the Queen Creek FFA Chapter, Queen Creek, Arizona, will address FFA members and guests during the first general session Thursday afternoon. In high school, Cluff’s SAE was focused on poultry production. Cluff said he initially worried about his ability to create a successful program in his urban neighborhood, but it worked out. Cluff started with a single male Pekin Duck purchased from a local feed store and ended up with a backyard full of diverse poultry. A junior at the University of Arizona, Tucson, Cluff is studying agricultural technology and management with an emphasis in education.

Also during the first session, Missouri Director of Agriculture Chris Chinn will speak. Chinn, named to director January 2017, resides on her family farm in Shelby County with her husband and two children. The Chinns have a farrow-to-finish hog operation; a small cow-calf herd; raise corn, soybeans, and alfalfa; and operate a family feed mill.

During the Thursday evening session, Missouri Lt. Gov. Mike Parson will address attendees. Parson was elected Missouri’s 47th lieutenant governor November 2016. He served in the Missouri Senate 2011-2017 and the Missouri House of Representatives 2005-2011. He was chair of the House Rules Committee where he sponsored and cosponsored legislation, including the Missouri Farming Rights Amendment, which changed the Missouri Constitution to guarantee all Missourians the right to farm and ranch. Parson, a third-generation farmer, lives in Bolivar with wife Teresa. They have two grown children and five grandchildren.

During the Friday evening final session Carey Portell, St. James, Missouri, will inspire FFA members to push their limits and never give up. After Portell and her children were involved in a fatal drunk-driving collision, she was left with partial disabilities. Portell said connecting with agriculture and assisting on her family’s cattle operation gave her hope.

The Missouri FFA Association has 25,375 members, ranking sixth as a state in membership. FFA strives to make a positive difference in the lives of students by developing their potential for premier leadership, personal growth and career success through agricultural education.