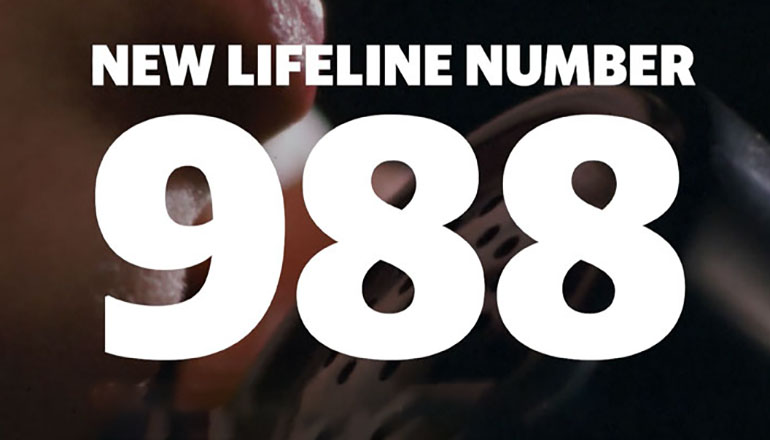 They ranged from the curious to those seeking help, and several providers across Missouri told The Independent calls had already increased by 50% within a week of the new three-digit number’s rollout.

“We saw an increase instantly, which kind of surprised some of us,” said Michelle Horvath, Compass Health Network’s director of access and urgent care services and access crisis intervention.

By its second week of operation, Burrell Behavioral Health was still seeing increased volume, and a higher acuity of calls — with a 50% increase in suicidal calls, which led to a 51% increase in calling for emergency services, said Shalaine Periman, the system director of crisis services.

“It said to me that this is long overdue,” Periman said.

The 988 Suicide and Crisis Lifeline launched nationwide on July 16 and aims to be a comprehensive resource for people facing mental health, substance use, and suicide crises. The new three-digit number routes calls to what was formerly known as the National Suicide Prevention Lifeline, which has operated since 2005.

It’s part of a national effort to streamline access to services for mental health emergencies and craft a number that’s as easy and ubiquitous to remember as 911.

It also comes at a time when mental health issues have been exacerbated during the pandemic, especially among young adults. In 2020, suicide was the 12th leading cause of death for all ages and 2nd for 10 to 14-year-olds, according to the Centers for Disease Control and Prevention. That same year Missouri’s suicide rate was 18.2 per 100,000 residents, tied for the 14th-highest rate with Nevada and North Dakota.

In the hotline’s first year, Missouri expects to receive nearly 258,033 contacts at an estimated cost of $16.7 million, according to the Department of Mental Health, or DMH.

Debra Walker, a spokeswoman for DMH, said the department hopes to have statewide figures, like the answer rate and call volume, for the hotline’s first weeks of operation by the end of August.

There have been concerns about whether the National Suicide Prevention Lifeline was prepared to handle the anticipated influx in calls with the transition to 988. A New York Times analysis previously found that about 18% of the 1 million phone calls to the lifeline in the first half of the year were abandoned.

In the hotline’s first week of transition to the 988 number from July 14-20, nationwide there were over 96,000 calls, texts, and chats — an approximately 45% increase compared to the over 66,000 received the week prior, according to Vibrant Emotional Health, the company administrating the hotline.

That increase could be felt in Missouri, where seven providers are tasked with operating the call and chat centers for the hotline across the state.

At Burrell Behavioral Health, which covers a 17-county region across central and southwest Missouri, Periman expected to see a 30% increase in calls — but instead in the 988 hotline’s first week that reached 50%, with 198 calls from July 16-26.

At the Ozark Center, which covers four southwestern counties, increases on any given day have ranged from 30 to 50%, said Debbie Fitzgerald, the director of crisis services at the center, which is an affiliate of the Freeman Health System.

Preparation has been underway for more than a year, where a wide swath of crisis centers, substance use treatment providers, law enforcement representatives, and state officials have been laying the groundwork for the hotline’s launch. Federal funds have gone toward supporting the hotline’s implementation, and the state allocated roughly $30.5 million toward its rollout. Providers have been using the funding to hire more staff and upgrade phone systems to allow for remote work.

Tyler Hannsz, the director of crisis chat and text services at DeafLEAD, which is the 988 chat and text center for Missouri and national backup chat and text center, said the organization answered over 12,000 texts and chats in July at a national level — a record high for the organization. Its staff of crisis counselors is four to five times bigger than it was last year. Counselors range from being hearing, deaf or hard of hearing and Hannsz said it’s evidence of how the state has aimed to create a service that’s as accessible as possible.

“There is no identity group that is immune to the events that can lead to suicidal ideation,” Hannsz said.

Already, there has been an increase in calls from those with thoughts of harming themselves. In those instances, counselors will go through a risk assessment, and also follow up with additional calls or a mobile team that can be dispatched to a caller’s home or another location to meet. If a caller is actively harming themselves, then a rescue would be initiated with emergency services dispatched.

Hospitalizing a caller is avoided and one of the most restrictive and last measures taken. At Ozark Center, between 3-6% of people are admitted to an inpatient facility, Fitzgerald said.

“We want to do what we can to keep you out in your life, and the healthiest and happiest that you can be,” Fitzgerald said.

But you don’t have to be in a crisis in order to utilize the hotline, she stressed. Even if you may need to “vent in someone’s general direction,” whether you lost your job or you’re struggling with child care, counselors can make referrals for other resources, like to address food insecurity or medication needs.

“We don’t want people to hopefully let a crisis build to that,” Fitzgerald said, later adding: “I think we’ve all had some ups and downs throughout the past couple of years. And you just never know what somebody else’s experiences have been. But what we know is that talking about it brings comfort and relief.”

One of the most pressing features that providers said they would like to see added is geolocation services for calls.

If a Missouri resident calls the hotline from a phone number with an out-of-state area code, like from Kansas or Illinois, they’ll be routed to that state instead.

Last month, an Independent reporter with a California-based number called the hotline from Columbia, Missouri, and after a three-minute hold was routed to a call center representative based in Northern California.

Providers stressed that the crisis centers located across the country that are staffing the hotline have gone through rigorous training, and can easily connect a caller with a local provider through a warm handoff.

It’s an issue that other states are also experiencing. Walker said having geolocation services would be “tremendously helpful,” but it’s a change that would have to come from the federal level. A representative from the Federal Communications Commission, the governing body that would determine if geolocation services would be added, did not respond to a request for comment earlier this month.

“It would be in the best interest of the individual calling,” Horvath said of geolocation services being added. “As well as just making sure on a follow-up standpoint for the call taker… to know where that person is going to be best served.”

Providers like Compass Health Network and Ozark Center have already operated urgent care and crisis access centers of their own that are aimed at functioning as an alternative to a hospital emergency room where people can address urgent behavioral health needs.

Periman and Fitzgerald have both been working in the field for over 30 years and said they’ve seen a progression in more people feeling comfortable seeking out mental health services.

“And it’s not because I think people are becoming more ill,” Fitzgerald said. “I think it’s becoming okay to finally talk about it and seek help.”

They’re hopeful that with the word continuing to spread, the hotline’s use will only grow. By next July, middle and high schools in Missouri will also be required to have the three-digit number printed on student ID cards under a new state law signed last month.

“​​It takes a lot of courage when you’re in a mental health crisis to finally say, ‘Okay, I’m gonna call,’” Periman said.