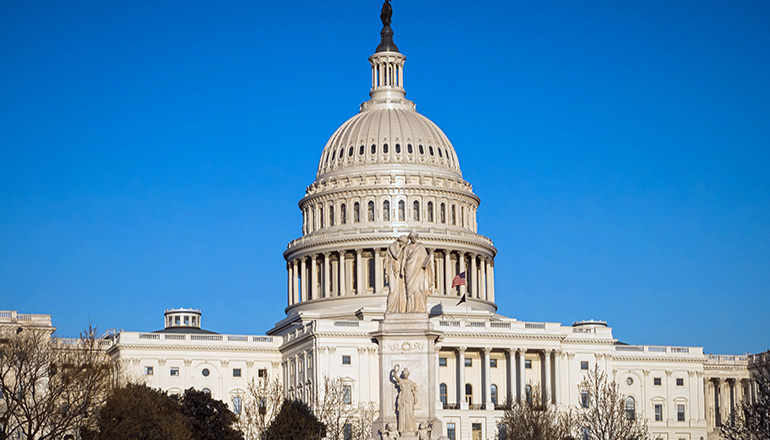 The measure would provide $2.5 billion in assistance for the Hermit’s Peak/Calf Canyon Fire that destroyed parts of New Mexico this spring, $2 billion in Community Development Block Grant disaster relief funding for states affected by natural disasters during 2021 and 2022, and $1 billion for the Low Income Home Energy Assistance Program.

The package would keep the federal government up and running through Dec. 16, giving congressional leaders and the White House more time to work out how much to spend on discretionary programs and to draft bipartisan versions of the dozen annual government funding bills.

The bill, approved 230-201, now heads to President Joe Biden for his signature. He needs to sign the measure before midnight, when the current government spending law expires ahead of the start of the new fiscal year on Oct. 1.

If the stopgap spending bill hadn’t cleared Congress, the federal government would have begun a partial government shutdown early Saturday.

The U.S. Senate approved the bill following a 72-25 vote Thursday, with all opposition coming from Republicans.

GOP lawmakers in the U.S. House spoke out against the package Friday, arguing that setting up a government funding deadline during the lame-duck session following the midterm elections wasn’t the right decision.

The stopgap spending bill, Good said, shouldn’t expire until after the new Congress convenes in January, preventing the current Democratically controlled House and Senate from passing any more spending bills.

Even if Republicans were to gain control of the U.S. House and U.S. Senate following November’s midterm elections, the spending bills would still need bipartisan support to clear the Senate’s 60-vote legislative filibuster and the backing of the Biden administration to avoid a veto.

Granger also chastised Democrats for releasing the short-term bill Monday with just days to go before the end of the fiscal year.

“It’s unfortunate that this bill would be rushed through the House today with just hours to spare to avoid a government shutdown,” Granger said. “The American people continue to wonder why Congress can’t get its job done until the very last minute.”

Florida Democratic Rep. Debbie Wasserman Schultz called on House members to vote for the package, saying the disaster relief funding is crucial for states like hers.

“Look no further than Southwest Florida, in my home state, where Hurricane Ian inflicted tragic human loss and massive property damage,” she said.

“We cannot leave communities behind that are still picking up the pieces from disastrous floods, wildfires, and hurricanes, and even basic water system failures,” she added. “This federal funding bill comes to the rescue by helping to meet long-term housing, infrastructure, and recovery needs.”

Congress hasn’t completed its appropriations process on time since 1996 and regularly starts off the new fiscal year under a stopgap spending bill that typically lasts through mid-December.

Republicans and Democrats have consistently leaned on short-term government funding bills, or continuing resolutions, to give themselves more time to negotiate the full-year spending bills.

Congress relied on a string of short-term bills to keep the government running for the full year in fiscal 2007, 2011, and 2013, according to the Congressional Research Service.

(Photo by Obi Onyeador on Unsplash)