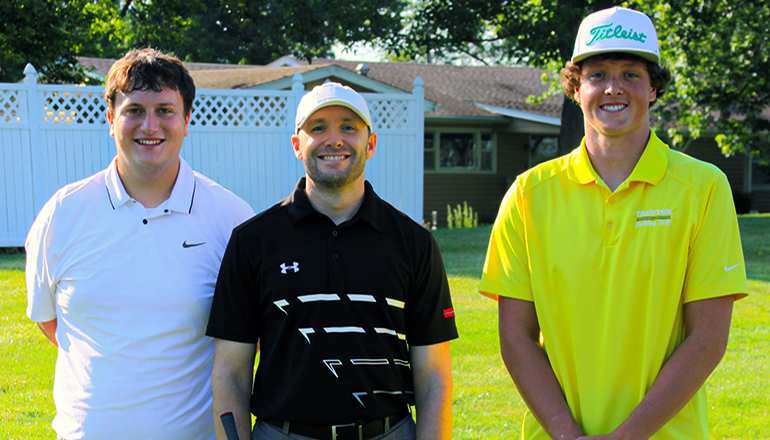 Twenty-four teams participated in the tournament held Friday in perfect weather conditions at the Riverside Country Club in Trenton. Proceeds will help the Foundation make future equipment purchases and improvements at Wright Memorial Hospital in Trenton.

Gary and Joyce Schuett won the A-Flight with a score of 64. Second place in the A-Flight, also with a score of 64, but losing the handicap tie-breaker, was Farmers Bank of Northern Missouri with members Cody Bird, Rick Klinginsmith, and Dwayne Slater.   Various challenges were held throughout the course. The Longest Drive on hole #1 belonged to Brandon Albrecht (men), and Robin Knowles (women). Closest to the Gorilla Statue on hole #4 was Joe Rongey. The Longest Putt on hole #6 belonged to Derek Miller. Closest to the Pin on hole #9 also belonged to Derek Miller.