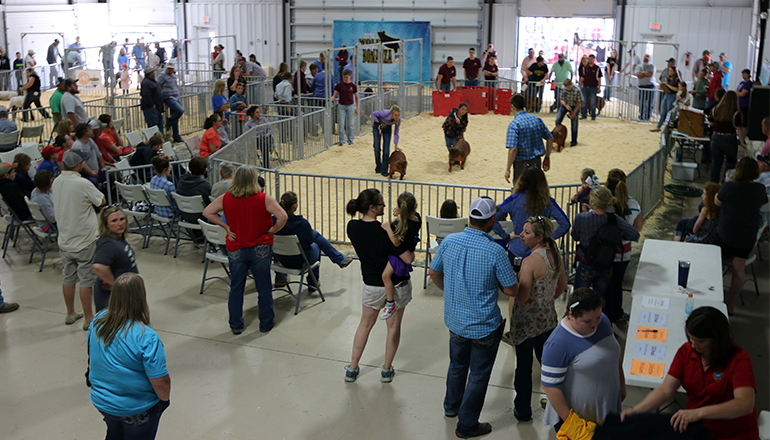 The Litton Agriculture Campus – MW Jenkins Expo Building recently hosted three swine shows and three lamb shows.  There were approximately 1060 head of hogs shown during the two-day event and 224 head of lambs. The Wolf Showpig Bonanza was sponsored by the Chillicothe FFA Alumni with 420 head of hogs at the show.

The Crossroads Classic hosted a swine show and a lamb show held on Sunday, May 13, 2018, and hosting320 head of swine and 60 head of lambs.

The Princeton FFA Jackpot Show hosted a swine show on Sunday, May 13, 2018, and had 320 head of swine. The two lamb shows, Missouri Club Lamb Futurity had approximately 60 head and the Youth Lamb Show which had approximately 104 head, were held on May 12, 2018, were Sponsored by the Missouri Lamb Breeders Associations.