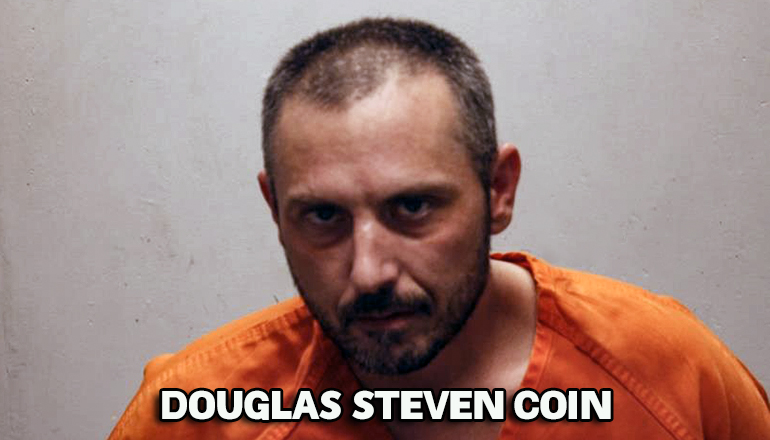 Livingston County Sheriff Steve Cox reports the arrest of a Wheeling man after the man fled and was found hiding in a bean field.

Thirty-seven-year-old Douglas Steven Coin has been charged with the felonies of delivery of a controlled substance, driving while revoked or suspended, and resisting arrest, detention, or stop by fleeing. Bond was set at $15,000 cash only. A bond hearing is scheduled for September 8th.

Cox says the sheriff’s office has been conducting a drug investigation or investigations in the Wheeling area. A deputy responded to an alleged incident on August 28th in which a man operated an all-terrain vehicle without a headlight or headlights in Wheeling.  A deputy located the ATV and attempted to stop it, but the driver reportedly tried to flee, but the ATV crashed about a block away, and then the man fled on foot.  Deputies secured a perimeter and called for additional assistance, which included Chillicothe Police sergeant Grider and K-9 Enoch, as the Livingston County Sheriff’s Office’s K-9, Zaki, was unavailable. Cox reports the K-9 team tracked and found Coin, and he was arrested.

Cox says an investigation resulted in the seizure of four bags of methamphetamine packaged for sale and other distribution equipment. Coin was taken to the Daviess-DeKalb Regional Jail.

Coin is also on parole on possession of a controlled substance from a September 2020 conviction in Livingston County and was ordered to serve four years in the Department of Corrections. Cox adds that was the result of a different sheriff’s office investigation in Wheeling.