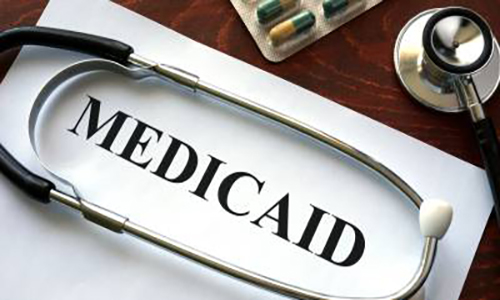 Missourians on Tuesday voted to pass Amendment 2, an amendment to the state’s constitution which will expand the pool of people who are eligible to receive Medicaid.

Medicaid is a state and federally funded program to provide health care for low-income Americans.

Missouri’s Medicaid program is called ‘MO HealthNet.’ Under current restrictions, Missourians are only eligible for the program if they make less than 22% of the federal poverty level. That’s about $4,778 per year for a family of three and $5,674 for a family of four.

To qualify, you also have to be a parent, pregnant, blind, have a disability, living with someone who has a disability or a senior citizen. That means, under current law, individuals who are low income do not qualify for Medicaid in Missouri.

Amendment 2 allows anyone between the ages of 19 and 64 who makes less than $18,000 a year to qualify for Medicaid. The amendment text says the expansion would allow for people in that age group with an income level at or below 133% of the federal poverty level will qualify, but Healthcare.gov says that percentage actually comes out to 138% because of the way it’s calculated.

The campaign has been backed by hospital systems and health care workers who have said expanding Medicaid is more important than ever as the coronavirus pandemic has many low-income individuals working as essential employees on the front lines.

Medicaid expansion was one of the initiatives within the Affordable Care Act under the Obama administration. In 2012, the Supreme Court ruled that states would not be required to expand. However, 38 states and the District of Columbia, have opted to expand Medicaid.

Missouri Governor Mike Parson did not support Medicaid expansion and moved the ballot initiative to the August primary back in May. Missouri ballot initiatives automatically go on the November general election ballot unless the governor acts otherwise.