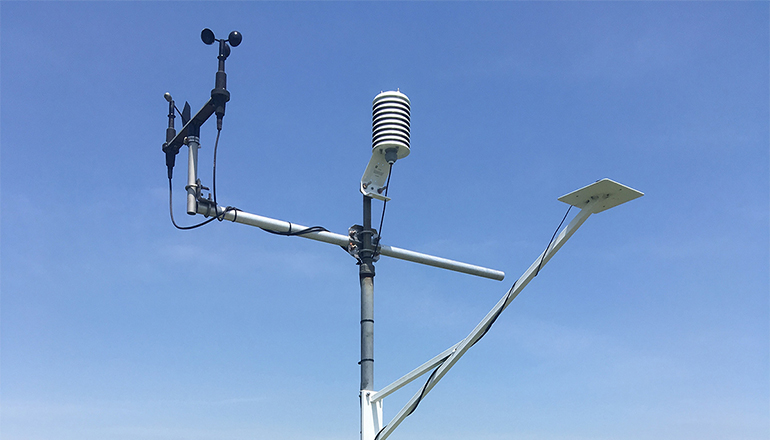 Temperature inversions are stable air masses in which cooler air is near the earth’s surface and warmer air is on top.

Inversions are common throughout the growing season. Inversions may occur at different times of the day, but they typically start between 6 and 7 p.m. during early months and 7 to 8 p.m. in later summer.

They also happen at times when farmers may have once thought it safe to spray: when skies are clear and the wind is still.

Off-target movement of herbicides due to temperature inversions is thought to happen when herbicide particles are suspended in the stable air mass. Another possibility is that herbicide droplets may initially land on the intended target but then volatilize, or evaporate, into an inversion, Bish says.

Bish says there are four main indicators of temperature inversion: a clear night sky, wind speeds under 3 miles per hour, the presence of dew or frost, and a low-lying horizontal fog.

The group recently released smoke bombs to test whether the smoke could signal that a temperature inversion was occurring.

During the recent MU Pest Management Field Day, Bish showed slides of colored smoke bombs being set off to show how particles suspend in the air. Dispersion and movement of the colored particles correlate to data from weather station data.

Bish noted that inversions are not the only possible component in herbicide drift. Volatility and physical drift due to the wind, droplet size, sprayer speed and boom height can also contribute to off-target herbicide movement.

You can also watch Bish’s YouTube videos on temperature inversions at youtu.be/vDUWsdKEGYY and youtu.be/3Qce-mbqays.