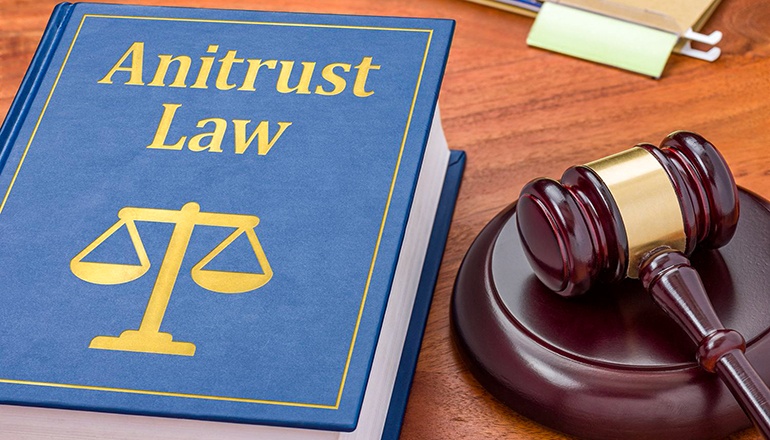 U.S. Senators Josh Hawley (R-Mo.), Mike Lee (R-Utah), Ted Cruz (R-Texas), Marco Rubio (R-Fla.), and Marsha Blackburn (R-Tenn.) have introduced a bill to remove the antitrust exemption that has been in place for Major League Baseball to subject them to existing law. Rep. Jeff Duncan (R-S.C.), with over 20 cosponsors, has produced companion legislation in the House.

“MLB and woke mega-corporations have been coddled by the government for too long,” said Sen. Hawley. “For decades, the MLB has been given a sweetheart deal by Washington politicians. But if they’d prefer to be partisan political activists instead, maybe it’s time to rethink that. With their capitulation to the left-wing Twitter mob and support for Biden’s big lie about election integrity, they’ve forfeited any right to an anti-trust exemption. They must be held to the same standard as the rest of American business.”

“Consumers benefit when businesses compete, and baseball is no different. In fact, a professional sports league should understand best of all the benefits of competition,” said Sen. Lee. “Instead, Major League Baseball has used its judicially fabricated antitrust immunity to suppress wages and divide up markets for decades—conduct that is plainly illegal, and sometimes criminal, in any other industry. We should have done this decades ago, but when billion-dollar businesses start engaging in political extortion it becomes even more pressing to end their special treatment.”

“For nearly a century, Major League Baseball has enjoyed a special exemption from antitrust laws that other professional sports leagues do not,” said Sen. Cruz. “Major League Baseball asks for your ID when you pick up tickets at will-call, but they have made it clear they oppose photo ID requirements to vote. If Major League Baseball is going to act dishonestly and spread lies about Georgia’s voting rights bill to favor one party against the other, they shouldn’t expect to continue to receive special benefits from Congress.”

“A corporation that happily does business with the communist regimes in Cuba and China but caves to woke CEOs who want to punish states with Voter ID does not deserve any special immunities in antitrust law,” said Sen. Blackburn.

“For decades, Major League Baseball has enjoyed a special exemption from the same antitrust laws that govern other businesses in our nation,” Sen. Rubio said. “The league has been able to escape scrutiny in part thanks to its perception as a good-faith guardian of America’s national pastime. But with its reprehensible decision to play politics and punish the State of Georgia – and countless small and minority-owned Georgian businesses – by moving the All-Star Game out of Atlanta, the MLB has shown its willingness to use its market power, derived from its antitrust exemption, irresponsibly. Now, Congress is obligated to revisit this unique treatment.”

“Major League Baseball has enjoyed constitutionally questionable antitrust protections for a century, yet it has decided to act in a partisan manner by punishing the state of Georgia for completely reasonable voter integrity and election security legislation,” said. Rep. Duncan. “Commissioner Manfred’s decision was ill-advised and will cost Atlanta small businesses, many of which are minority-owned, around $100M in economic activity. Furthermore, public polling has consistently shown overwhelming bipartisan support for voter ID laws, which are the cornerstone of the Georgia elections reform bill. This is just the latest in a wave of corporate decisions to ‘Go Woke.’ If companies or organizations want to undermine efforts to ensure the integrity of our elections process, then they invite increased scrutiny of their business practices. I urge Major League Baseball to reconsider this short-sighted decision, and I urge my colleagues to stand strong against the onslaught of the Woke Left on daily American life.”

The text of the Bill can be found here.