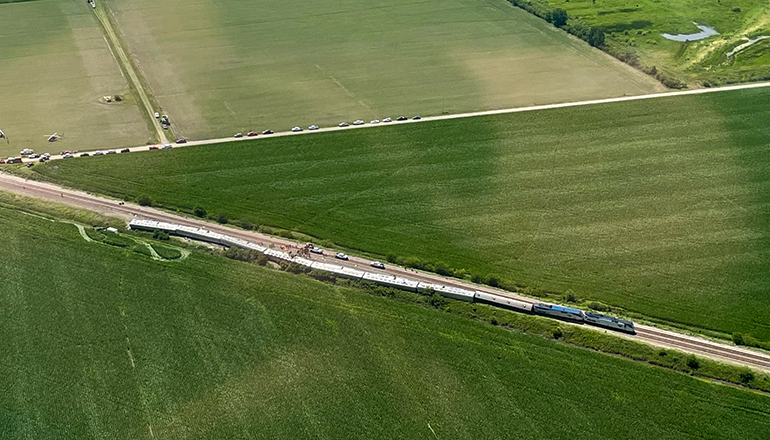 Three people were killed when an Amtrak train hit a dump truck at a railroad crossing in rural Chariton County early Monday afternoon.

Authorities reported dozens were injured in the accident south of Mendon. The fatalities were the truck driver and two people aboard the train.

The highway patrol conducted a press conference at the scene late Monday afternoon. Corporal Justin Dunn of the troop headquartered inMacon told reporters the investigation was in its preliminary stages.

Some 20 local and area emergency first responder agencies were at the scene. Answering questions from the media was Highway Patrol, Lieutenant Eric Brown.

Reports noted one of those safe places was the Northwestern School of Mendon.  A passenger, Rob Nightingale, told KMBC-TV he was taking a nap at the time of the crash.

There’s been no update from the highway patrol overnight.

The National Transportation Safety Board is expected to have a team of 14 investigators at the scene this morning. Amtrak officials also are investigating.