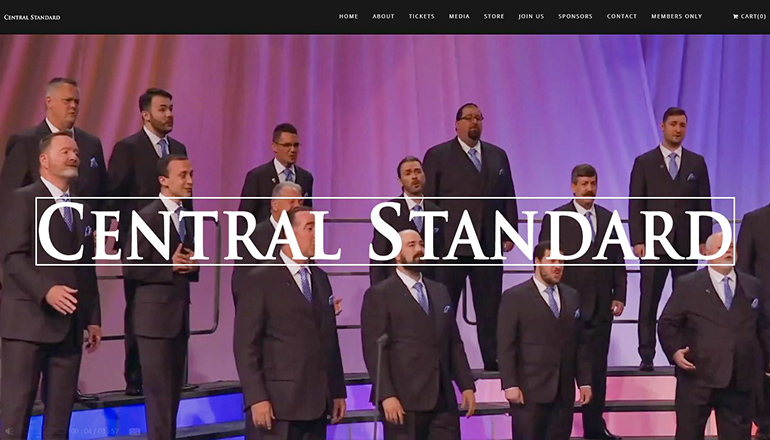 The “Central Standard” barbershop group will perform for the Chillicothe area arts council, Sunday, October 16, at 3 o’clock in the Gary Dickinson Performing Arts Center. Season ticket holders are admitted free with a season ticket. Others are adults $35, students K-college $20 children $15. The box office opens at 2 pm.

Central Standard is listed as a culturally diverse and inclusive Acappella ensemble for lower voices that embodies the spirit of camaraderie. Central Standard is described as dedicated to enriching lives through performing with musical excellence and encouraging music appreciation in schools and the community.

The October 16th performance in Chillicothe is expected to feature Broadway show tunes with a few “home” quartets performing as well.

After forming in 2007, the group today encompasses 35 active members across diverse personal and professional backgrounds. The ensemble has competed in International competitions in Philadelphia, Kansas City, Portland, Las Vegas, Pittsburgh, and Nashville.

Robert Mance has been directing Central Standard since 2011. Under his direction, Central Standard has gone from placing 9th at the International Contest to becoming the 2nd place winner of the 2016 International Contest. Mance is pursuing a Doctorate of Musical Arts in Choral Conducting at the University of Kansas, where he has been conductor of the Oread Consort. He is also the Director of Music at the Shawnee Presbyterian Church in Shawnee, Kansas where he also maintains a private voice studio. He resides in Kansas City with his wife Kristin, who is an English teacher.