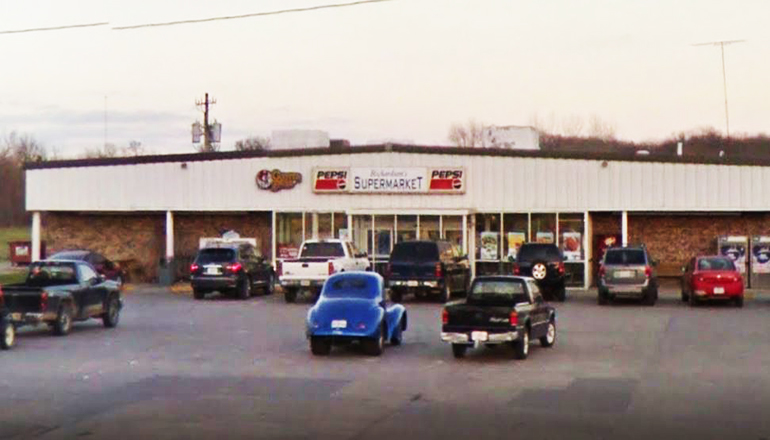 Milan Police Department investigated an accident Sunday afternoon where a motor vehicle crashed into the front part of Richardson’s Supermarket in Milan.

No injuries were reported for the driver, nor to anyone inside the business and Chief Terry Michael of the Milan Police Department reported that the driver was Adam D. Tong from the Kansas City area but is believed to be a Milan resident now.

Tong had been inside the store and returned to his vehicle which was parked directly in front of the business. Officer Michael quoted Tong as saying he thought he had his foot on the brake but apparently it was on the accelerator as the vehicle moved forward, going over a concrete parking block, crashing through the foyer, and then the sliding doors that enter the store. The van was towed out of the store and Chief Michael said sheets of plywood were used to board up the opening.

He added Adam Tong was issued two citations, one accuses him of driving while suspended and the other is for careless and imprudent driving. The cases are to be processed in the Associate Division of Sullivan County Circuit Court.