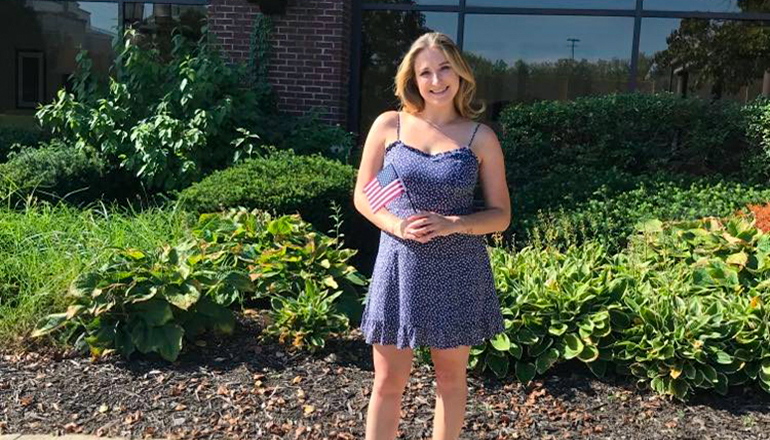 The daughter of a Trenton couple will officially become a United States citizen on September 21st. Lauren Gray, the daughter of Ian and Ali Gray, will be part of a naturalization ceremony at the Harrah’s Casino of Kansas City at 9:15 am Wednesday morning.

Gray says her mother had a tractor accident, and Ali wanted to be closer.

Gray notes she and Ian moved to the U. S. in 1995 with E-2 visas, which meant they were investing in the country. They ran the Lakeview Motel and Restaurant from 1995 until they sold it in 2016.

They moved to the U. S. with their daughters. Lauren was four years old at the time, and Gemma was 18 months old.

Ali Gray says her parents petitioned for Ali’s family. Ali and her family members got their green cards in about 2016. She explains they went back to England, had an interview at the Embassy, and were granted their green cards there.

Ali Gray notes everyone who becomes a U. S. citizen has to take the civics test, which covers government, history, and geography. She adds that someone also has to be able to read and write English.

There is an immigration office in the Kansas City area where people get fingerprints and pictures taken, have a biometrics check, and are checked to make sure they are healthy and that they have not done anything illegal. The next stage is the civics test, an interview, and another check to make sure they have not done anything illegal. There is no set timeline for the process.

Gray says her family was told that, because different family members lived in different zip codes, they would not get naturalized together. Lauren and Gemma live in the Kansas City area.

She and Ian started the process together, but they got separated. They did not take the civics test at the same time, and they were not naturalized at the same time.  Gray says after her family spent “thousands and thousands” of dollars to become U. S. citizens, she stopped keeping track of how much it cost because it was “an awful lot.” She comments most of the expenses were for lawyers, and there were also some application fees.

Gray says it will be “amazing” to have all of her family members as U. S. citizens. The next step for Lauren will be to register to vote.

Ali currently works for Trenton Abstract, Ian works for OATS, Lauren works in a marketing position for the Mazuma Credit Union, and Gemma works in the hospitality industry.