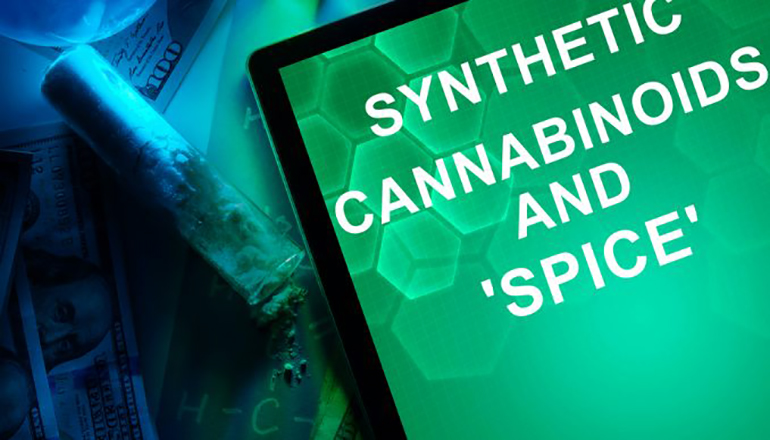 The Centers for Disease Control and Prevention issued a Clinician Outreach message to health care providers related to the use of synthetic cannabinoids with street names such as synthetic marijuana, fake weed, K2 and spice.

According to the message, 94 people in five states who used synthetic cannabinoids have been treated since March 10, 2018, for bleeding due to coagulopathy, a blood clotting disorder. The number of cases reported in the message includes 89 in Illinois, two in Indiana, one in Maryland, one in Missouri and one in Wisconsin.  There were two fatalities in Illinois.

Laboratory testing confirmed that at least 18 individuals had been exposed to brodifacoum, a highly lethal vitamin K antagonist anticoagulant. It is used in commercial products for killing rodents and other pests. Some synthetic cannabinoid product samples related to the outbreak also tested positive for brodifacoum. Public health investigation indicates that synthetic cannabinoids were likely contaminated with brodifacoum.

Synthetic cannabinoids are classified as a controlled substance and their possession can lead to misdemeanor or felony charges depending on the amount possessed.

The Missouri Department of Health and Senior Services (DHSS) is asking healthcare providers to maintain a high index of suspicion for vitamin K–dependent antagonist coagulopathy in patients presenting with clinical signs of coagulopathy, bleeding unrelated to an injury, or bleeding without another explanation and with a possible history of use of synthetic cannabinoids.

For the full message from CDC please visit this link. Similar communications regarding drug-induced severe coagulopathy have been issued by the Missouri Poison Center at this link and the Illinois Department of Public Health at this link.

Those who may be suffering from adverse effects from the use of synthetic cannabinoids should seek medical care immediately. Healthcare professionals should report suspected cases to the Missouri Poison Control Center by calling 800-222-1222.