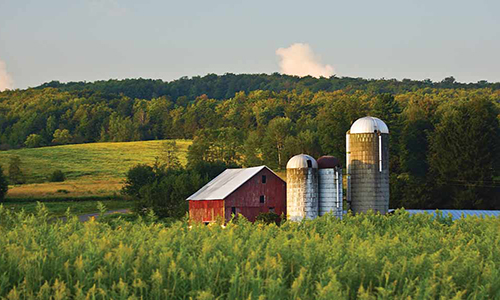 The USDA is calling for ag exports to increase by nearly eight percent for the 2021 fiscal year largely because of Chinese demand.

USDA’s November ag export forecast increased by $11.5 billion from August to $152 billion.  If realized it would be the second-highest export total on record with China accounting for most of the increase, driven by record soybean and near-record corn export values.

The agency says overall major agricultural bulk commodity exports are forecast to increase 24 percent from the previous projection. Livestock, poultry, and dairy exports are forecast unchanged at $32.3 billion, with lower exports of pork and hides and skins offsetting increases in beef and poultry.

Soybean exports are forecast up $5.9 billion to a record $26.3 billion due to higher unit values, strong demand from China, and record volumes. Corn exports are forecast up $4.2 billion to $13.2 billion because of reduced competition, higher unit values, and record volumes. USDA says prospects for grain exports are bright with reduced competition from Ukraine, where exportable supplies are severely diminished, and anticipated higher demand from China.

Wheat exports are projected at $6.2 billion, up $200 million, on better prices and slightly larger volumes.  The agency says global wheat prices have surged in recent months due to dry growing conditions in the U.S., Russia, and Argentina.

Beef exports are up $200 million to $7.1 billion as higher volumes more than offset a decline in unit values. Exports of poultry and products are up $100 million to $5.2 billion on slightly higher volumes of broiler meat and other poultry meat due to firm global demand for competitively priced animal protein. Pork exports are forecast $200 million lower to $6.8 billion on slowing demand from China.  Forecasts are unchanged for dairy exports at $6.6 billion for the 2021 fiscal year, up $200 million from 2020.

You can read the entire agriculture projections to 2021 report in PDF format by clicking HERE.