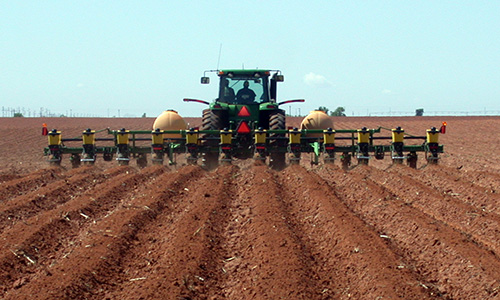 With low soil moisture going into the growing season, crops will depend on what water falls from the sky.

This year, Columbia recorded the driest five months — January to May — since 1992, Guinan said.

However, this year has recorded more cool, cloudy weather in May and higher humidity. That lowers the evapotranspiration rate and mitigates dryness impacts. With that, plants pull less water out of the soil.

A long swath of dry counties runs from southwestern Missouri to southeastern Iowa. Southeastern counties just north of the Bootheel have excess moisture. Rainfall in May for that area ran seven to 11 inches.

“Keep an eye on the dryness,” Guinan said. “It is going to get worse before it gets better.”

The forecast calls for high temperatures, well into the 90s, Guinan said. “That’s different from what we’ve had.”
The forecast for next week also shows rain relief. While temps are to run above normal, so is rainfall.

The worst water deficits are in the northeastern quadrant of the state, Guinan said. Rainfall deficits run two to three inches since Sunday, May 1.

That part of the state has claypan soils with less potential for deep root growth. Roots are slow to penetrate the claypan layer to seek deep soil moisture.