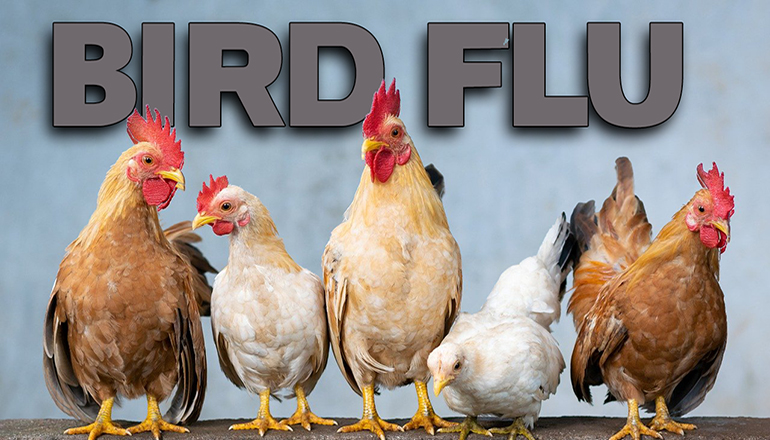 Throughout the country, an extremely infectious disease called highly pathogenic avian influenza (HPAI) has been circulating rapidly among flocks of chicken and turkeys. While the disease poses little risk to humans, it presents a serious threat to infected birds as well as the nation’s poultry industry, which is already facing supply chain disruptions.

At the University of Missouri College of Veterinary Medicine, the Veterinary Medical Diagnostic Laboratory is on the frontlines, tracking the disease and alerting veterinary officials to confirmed cases of the virus in poultry. When the first presumed HPAI case turned up on March 3 in Stoddard County, Missouri, MU’s VMDL ran the test.

“Missouri ranks in the top 10 of broiler production and is also an important source for egg production and turkeys,” said Daniel Shaw, a professor emeritus of veterinary pathobiology and a researcher at MU’s VMDL. “Our ultimate goals are to keep animals healthy, support the agriculture and farming industries in Missouri, and help poultry producers monitor their flocks by quickly testing for suspected cases.”

During the last outbreak of HPAI in 2015, the virus affected flocks throughout the country, resulting in almost $3 billion in economic impacts and the deaths of an estimated 50 million birds. This year, it has already been found in 23 states and nearly 17 million birds, leading to entire flocks being euthanized in an effort to limit the spread of the virus, as well as an increase in egg and chicken prices at grocery stores.

“When birds present signs of possible infection, such as decreased eating or drinking, they are given throat-swab PCR tests, similar to those performed to screen for COVID-19,” Shaw said. “These samples are sent to our VMDL here in Columbia, where we work to process the samples to provide results to the poultry producers, often in less than four hours.”

MU’s VMDL, led by Shuping Zhang, a professor in the MU College of Veterinary Medicine, performed more than 162,000 diagnostic tests in 2021 for a range of animal diseases, including chronic wasting disease in deer and African swine fever in pigs. The efforts have helped protect both animal health and the agriculture and farming industries, which are critical to Missouri’s economy.

Shaw explained wild waterfowl act as carriers of HPAI, producing and shedding large amounts of the virus in nasal secretions and fecal material.

“The virus is preserved by cool, moist conditions and protected by mucus and fecal material,” Shaw said. “It can easily infect poultry flocks, particularly those that are free-range or in small, backyard populations.”

Since people and equipment are common means of transmission of the virus between farms, strong bio-security strategies are encouraged, including feed delivery trucks unloading from outside farms and requiring those entering to put on clean shoes and protective suits.

“In the weeks and months ahead, we will continue tracking HPAI and supporting farmers navigating the challenges brought on by this outbreak,” Shaw said. “We are simply doing our part to keep animals healthy, help poultry producers, and support our state’s vital agriculture industry.”