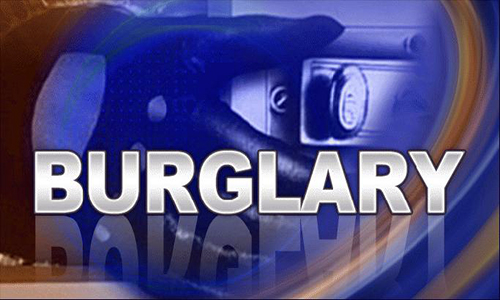 Two women have been charged with three felonies in Sullivan County stemming from an alleged burglary in the Green City area Sunday.

A probable cause statement reports property owner Martin Lloyd found property from inside a residence on Route N had been brought outside as well as a bag with tools commonly used in burglaries, including a pry bar, hammer, screwdriver, and pliers. A syringe with a brown liquid substance was also reportedly found inside the bag.

The probable cause statement says the back door had been forced open and damaged.

Lloyd proceeded to the back bedroom where he allegedly found Johnson and McDonald hiding. He blocked the doorway to keep the women inside the house until law enforcement arrived, but they escaped through a window. Then Lloyd reportedly followed the women in his truck until an officer with the Green City Police Department detained them.

The women were transported to the Sullivan County Sheriff’s Office with Bond for Johnson and McDonald set at $25,000 cash only for each individual.