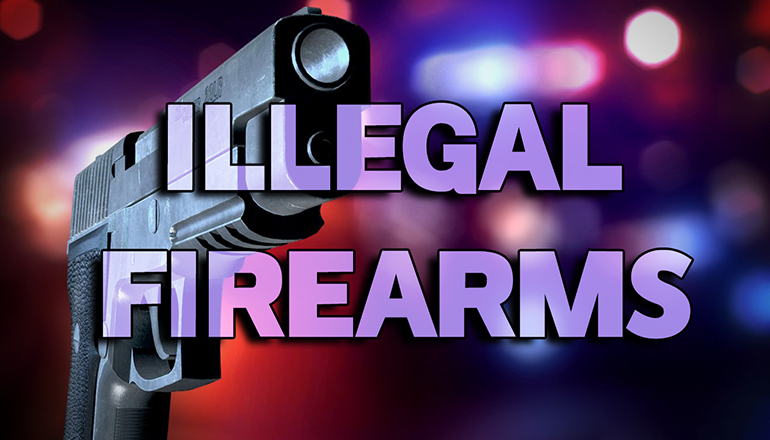 Two Missouri men who are part of a local rap group were indicted by a federal grand jury for illegally possessing several firearms that have been linked to recent shootings.

Ezekiel Josiah King, of Springfield, Mo.,19, and Jardell Carlin Williams, 19, were charged in a four-count indictment returned by a federal grand jury in Springfield, Mo.

According to affidavits filed in support of the federal criminal complaints, this case resulted from an investigation by the Bureau of Alcohol, Tobacco, Firearms and Explosives into numerous shooting incidents in the Springfield area. Many of the shooting suspects identified themselves as gang members and/or rappers. A review of their social media accounts showed them in rap music videos and photographs possessing what appeared to be handguns, AR-style pistols, and rifles. Most of the identified subjects were under the age of 21 and were prohibited from purchasing handguns. In many of the rap videos, targets of this investigation appear to be smoking marijuana and have been documented as users of controlled substances.

Springfield police detectives stopped a gold Nissan Altima for multiple traffic violations on Feb. 15, 2022. King was driving the vehicle, with Williams in the front passenger seat. The Anderson AM-15, loaded with 31 rounds of .223-caliber ammunition, was in the back seat with another passenger. Detectives found the Glock pistol, loaded with an extended magazine that contained 29 rounds, as well as another extended magazine and two factory Glock magazines, under the driver’s seat. Detectives also found a loaded Glock pistol under the front passenger’s seat and two more boxes of ammunition on the front floorboard. Officers also found marijuana in a backpack inside the vehicle, and in Williams’s possession.

On Oct. 22, 2022, deputies with the Greene County Sheriff’s Department and agents with the ATF were conducting surveillance in downtown Springfield because King was performing at a rap concert in that area. They saw King in the front passenger seat of a white Jeep Compass near South Avenue and Walnut Street. There were also two men and three women in the back seat, including Williams. Following a traffic stop, deputies found the Anderson AM-15 pistol on the front passenger floorboard. The pistol was loaded with 36 rounds in the 40-round capacity magazine. The C3 Defense pistol was found where Williams had been seated. A third firearm was found close to where another passenger had been sitting.

According to the affidavit, the Glock pistol seized from Williams was used in a shooting that occurred on Jan. 30, 2022. In that incident, several shots were fired into an occupied residence in the 700 block of S. Nettleton in Springfield. The C3 Defense AR-style pistol was tentatively identified as being used in three shooting incidents in the Kansas City, Mo., and Kansas City, Kansas, areas.

According to the affidavit, the Anderson AM-15 pistol seized from King was tentatively identified as one used in a shooting that occurred on Oct. 8, 2022. In that incident, a vehicle was shot during a drive-by shooting at or near the 1700 block of N. Washington.

This case is being prosecuted by Assistant U.S. Attorney Stephanie L. Wan. It was investigated by the Bureau of Alcohol, Tobacco, Firearms and Explosives, the Greene County, Mo., Sheriff’s Department, and the Springfield, Mo., Police Department.