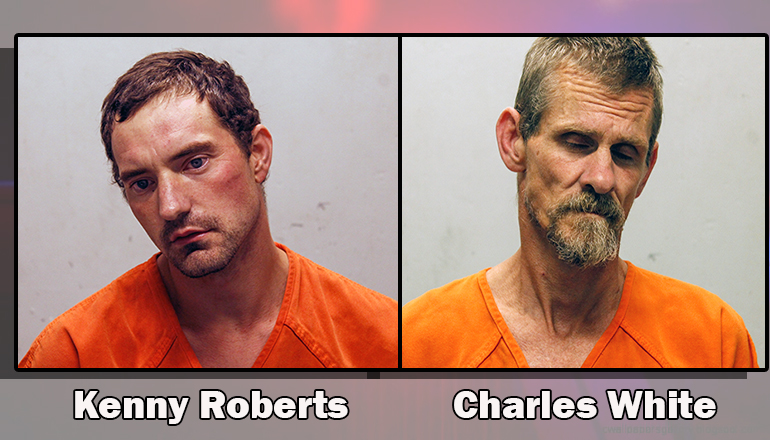 Bond has been denied for Roberts and White. They entered pleas of not guilty Thursday, September 3rd. Roberts is next scheduled for court September 8th, and White is scheduled on September 15th.

A probable cause statement from Dalton Youtsey of the Daviess County Sheriff’s Office accuses the men of gaining entry into a shed unlawfully and without permission by prying back a piece of metal sheet tin, which caused damage. It is alleged Roberts and White stole a green 2014 Polaris Sportsman all-terrain vehicle, a new trailer, and other hunting and outdoor items, with an estimated value of more than $3,000.

The DeKalb County Sheriff’s Office arrested Roberts and White, and they were said to be in possession of the stolen property. Roberts allegedly admitted the property was stolen from the Pattonsburg area.