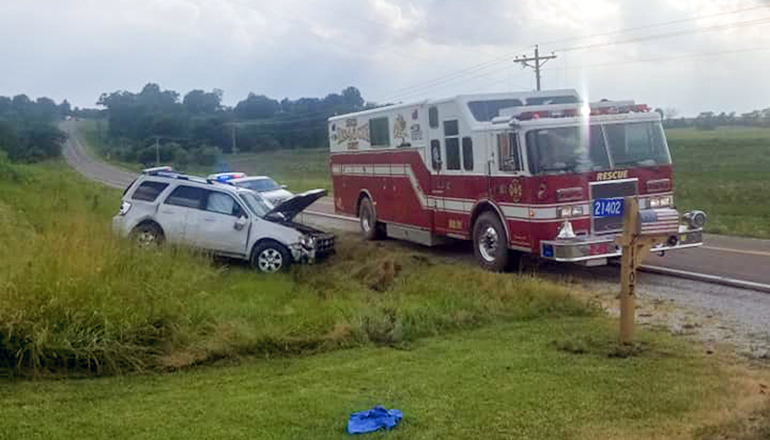 Two people from Carthage, Illinois, were injured on Sunday at 5 pm, one of them seriously, in a single-vehicle accident about two miles east of Princeton.

A westbound sports utility vehicle dropped off the north shoulder of Highway 136 overcorrected, causing the vehicle to cross the road and go off the south side, where it traveled down a ditch and struck an embankment at the edge of a driveway. The SUV then went airborne and vaulted over the driveway, landed, and overturned once coming to a stop upright.

The highway patrol listed the driver as 27-year-old Antonia Benninghoff of Carthage. She received serious injuries and was taken by Mercer county EMS to Wright Memorial Hospital in Trenton. A passenger, 35-year-old James Martens, also of Carthage, received minor injuries and declined treatment at the scene.

The SUV was demolished, and the patrol reported that neither person was using a seat belt.