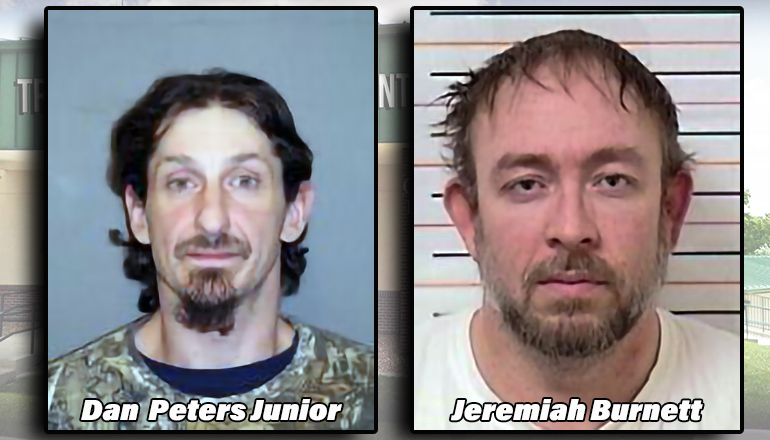 The Grundy County Sheriff’s Office reports the arrest of two Trenton residents for failure to appear in court.

Thirty-four-year-old Dan Richard Peters Junior was arrested on a capias warrant on February 23rd. His original charge was felony first-degree property damage, stemming from an alleged incident in November 2020. Bond was set at $5,000 cash only.

Forty-nine-year-old Jeremiah Burnett was arrested on February 22nd and was extradited from the Western Reception, Diagnostic, and Correctional Center. His original charges included the felonies of first-degree burglary, second-degree burglary, and first-degree property damage. He was also charged with misdemeanor second-degree tampering with a motor vehicle. Court information shows the charges stem from July 2020. Bond was set at $2,500 cash only.

Peters and Burnett are scheduled for Division One of Grundy County Circuit Court on March 10th.