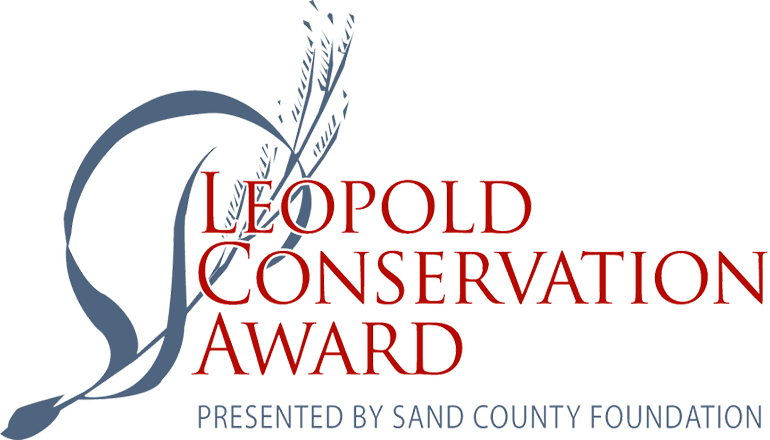 Richard and Renee Fordyce, as well as Matt and Kate Lambert, are up for the award, which honors farmer, rancher, and forester achievement in voluntary stewardship and management of natural resources.

Richard and Renee Fordyce own Fordyce Farms in Bethany and the family raises corn and soybeans and has a commercial cow/calf herd. The family invested into converting some former crop land into riparian habitat for wildlife. They are also dedicated to building soil health and sharing its benefits.

Matt and Kate Lambert own Uptown Farms in Laclede. The farm consists of 2,000 acres of row crop and hay production, commercial Red Angus cattle, and a small flock of Hampshire and Dorper sheep. The family transitioned their farm to completely no-till to using cover crops to enhance soil health while minimizing soil erosion run-off.

The Leopold Conservation Award is named in honor of Aldo Leopold. Leopold called for an ethical relationship between people and the land they own and manage in his 1949 book “A Sand County Almanac”.

The award recipient will be announced at the National Association of Farm Broadcasters in Kansas City in November.