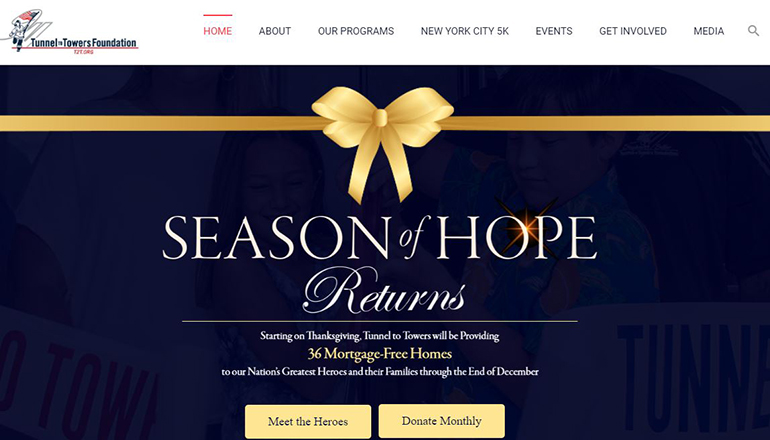 A nationwide foundation called “Tunnel to Towers Foundation” reports it has paid off the mortgage on a DeKalb County family home following the fatal accident this summer that claimed the life of then sheriff Andy Clark. The sheriff died June 3rd while on duty as he was rushing to assist a deputy in an emergency situation at Osborn.

Sheriff Clark had served in law enforcement for 22 years with DeKalb County and before that, the Cameron Police Department. Survivors are his wife Jodi and their four children.

The Tunnel to Towers Foundation wrote that Jodi, after losing her husband, worried about losing their home that Andy helped to remodel. With the mortgage paid by the foundation, Tunnel to Towers ensures she and her family will be able to remain in their home.

“Andy and I planned to raise our children here, enjoy our grandchildren, and spend our golden years right here in this home that he built for us with his own two hands. Now with the help of the Tunnel to Towers Foundation, I don’t have to sell it or worry about anyone taking it away from us. I can continue to raise our children right here in the only home they’ve ever known. Words can’t express how grateful and thankful I am for this wonderful foundation. Thank you and God bless you.” Jodi Clark

Based in New York City, the Tunnel to Towers Foundation is a 501C3 charity that financially assists fallen members of the military and first responders who have made the ultimate sacrifice of life and limb for our country. The website notes the foundations’ “Season of Hope 2020” program has a goal of paying off 36 mortgages from Thanksgiving through the end of December.