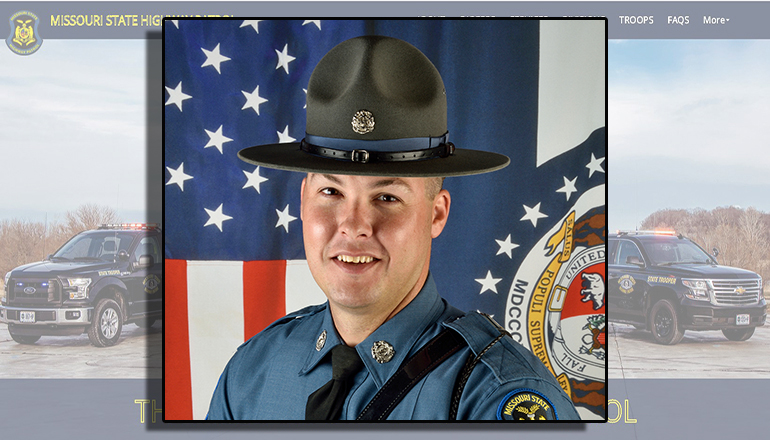 Corporal Justin S. Dunn was assigned as the Troop B Public Information and Education Officer. Dunn was appointed to the Patrol on July 1, 2008, and after graduating from the Patrol Academy was assigned to Troop B, Zone 4, Putnam, and Sullivan counties. On November 1, 2010, he transferred to Zone 3, Chariton and Linn counties. On November 30, 2014, he transferred back to Putnam and Sullivan counties.

On April 1, 2017, he was promoted to corporal and designated the assistant zone commander of Zone 5, Adair and Schuyler counties. Corporal Dunn is a native of Marceline, Missouri, and graduated from Marceline High School in Marceline, Missouri. He attended Moberly Area Community College in Moberly, Missouri, and prior to his appointment to the Patrol he served as a Moberly Police Officer, Audrain County Deputy Sheriff, and Linn County Deputy Sheriff. He has one 14-year-old son.