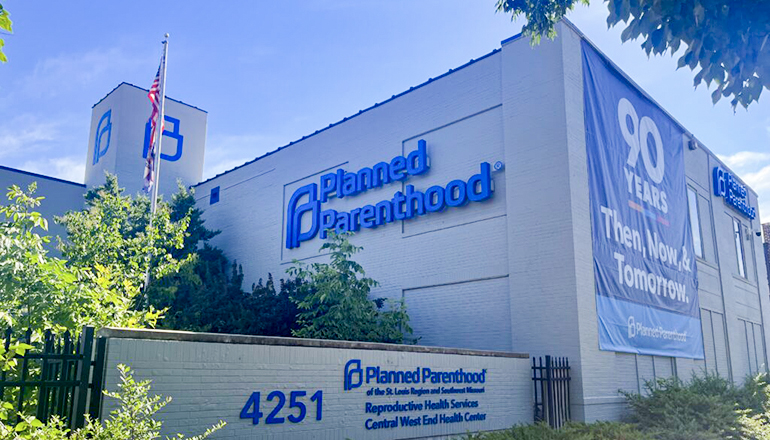 (Missouri Independent) – A trial on the state’s restricted Medicaid payments to Planned Parenthood will be delayed until December after the reproductive health care provider was given permission Tuesday to drop five counts in its lawsuit against the Missouri Department of Social Services.

In March, Planned Parenthood affiliates were notified by the Department of Social Services that any claims for reimbursement through the state’s Medicaid program would be suspended. The department lacked appropriation authority, it argued, because of a supplemental budget approved by lawmakers that included language zeroing out funds to abortion providers and their affiliates.

Deputy Solicitor General Maria Lanahan, who argued on behalf of the Department of Social Services, said Tuesday that the Administrative Hearing Commission (AHC) could have addressed at least five of the counts Planned Parenthood raised in its lawsuit and that as a result, the Planned Parenthood affiliates have failed to exhaust their administrative remedies.

In its lawsuit, the Planned Parenthood providers said they did not appeal with the AHC, because doing so would have been futile since the commission cannot address the constitutionality of state statutes or issue a declaratory judgment.

Chuck Hatfield, an attorney representing the Planned Parenthood providers, said Tuesday they would like to drop five of the counts and only go forward with two constitutional claims, one that argues that lawmakers can’t legislate through a budget bill and the other regarding equal opportunity under the Missouri Constitution.

“Every other provider out there is eligible for family planning funds,” Hatfield said in an interview after Tuesday’s hearing. “And so we think it’s unconstitutional to deny that to Planned Parenthood.”

The state had also moved for the case to be dismissed, and Lanahan said even with the amended lawsuit the state would still like to see the case go to trial. Hatfield noted that a decision in circuit court likely won’t be the end of the road.

“This case is going back to the Missouri Supreme Court,” Hatfield said. “No doubt about it.”

The supplemental budget, signed into law by Gov. Mike Parson in February, included a “$0” line item for abortion providers and their affiliates. Planned Parenthood affiliates vowed to continue to serve Medicaid patients at no cost despite the restricted reimbursements.

In 2020, the Missouri Supreme Court struck down the language in a 2018 budget bill that excluded abortion providers and their affiliates from receiving Medicaid reimbursements, calling it a “naked attempt” to legislate through a budget bill.

When the budget bills were passed this spring, abortions were still permitted in Missouri, albeit with various restrictions. Now, nearly all abortions in Missouri are illegal after the state’s trigger law went into effect the day Roe v. Wade was overturned in June.

Abortions are prohibited from being paid for through the state’s Medicaid program, except in the instances of rape, incest or to save the mother’s life. Republican lawmakers have argued that “defunding” Planned Parenthood is necessary to ensure state dollars aren’t subsidizing abortion providers.

“I don’t think it makes any difference,” Lee said. “I mean they’re doing as many, if not more, abortions now than they did before. So yes, the urgency to separate tax dollars from organizations that perform abortions is as needed now as ever before.”

“Planned Parenthood is complying with the law, which means they’re not performing abortions in the state of Missouri anymore,” Hatfield said. “So, I don’t see the point.”

“We think that the court should distinguish this from the previous case and should uphold what the legislature did,” Lee said. “Regardless of the outcome of this case, I know that lawmakers will be asked to put a statute in place specifically defunding Planned Parenthood, and not only rely on adding language to the budget.”