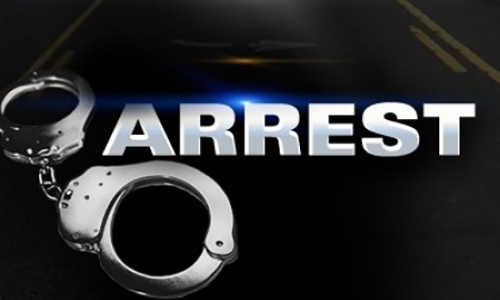 A Nebraska man is scheduled to be in circuit court in Trenton next month after his arrest Thursday west of Trenton.

A highway patrol arrest on Highway 6 resulted in the arrest of 44-year-old Leonard Arzola of Lincoln, Nebraska. Charges filed in the Associate Division accuse Arzola of two felonies and one misdemeanor. He’s accused of driving while intoxicated persistent offender and with possession of a controlled substance or synthetic cannabinoid.

The misdemeanor count is for alleged unlawful possession of drug paraphernalia which was identified in the warrant as a “vape pen.” Bond is $10,000 cash with Arzola to appear October 13th in the Associate Division of the circuit court. Information indicates he has previous convictions in Sullivan County Circuit Court in 2005 and 2006 for driving while intoxicated and in 2004 for unlawful use of drug paraphernalia.

The court has revoked previous bond for 38-year-old Emily Marie Hendee of Trenton.

A capias warrant was issued accusing her of a probation violation on her original charges stemming from convictions on passing bad checks in 2016.

Ms. Hendee is scheduled for an appearance on October 15th in Division One of the circuit court in Trenton.