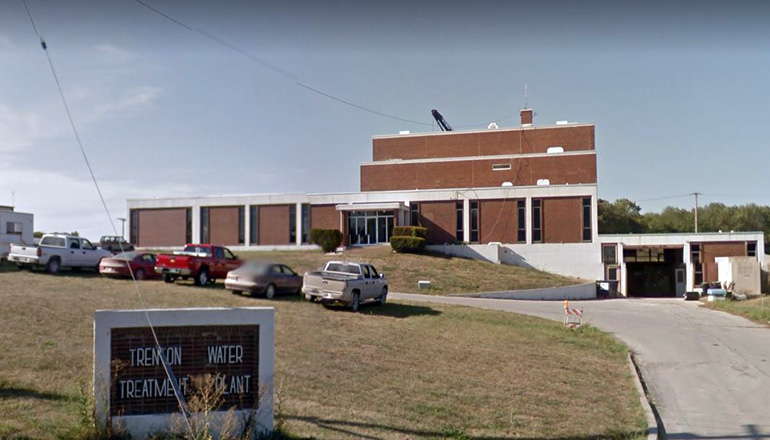 Trenton’s Utility Committee got the first look Tuesday evening at a preliminary engineering report regarding proposed improvements and probable costs for major improvements at the 55-year-old water treatment plant.  Committee members also recommended bids be accepted for lime sludge removal and tree trimming services. Each of the three recommendations will advance to a meeting of the city council.

Two representatives of All State Consultants of Marceline, Cary Sayre and Tyler Shoemaker, detailed information and answered questions on options involving potential improvements at the water treatment plant on West Crowder Road. Some involve full or partial replacement of equipment in the two clarifier basins. Basin concrete repair is recommended for areas that have deteriorated. Options also include the replacement of piping either in place or above grade at the river and at the reservoir pump stations. Another option is the possible construction in the future for a chemical feed building at the reservoir. The engineering firm indicated all work could be done as one project OR make improvements in phases as funds permit.

Altogether, All State Consultants reported the probable cost for identified water plant improvements is $2,569,500. This includes a 20 percent contingency of $342,600. All States’ estimated projection for professional services and administrative cost is another $513,900.

Yet to be determined are priorities for work to be done; consideration of financing for those projects; and whether the city of Trenton will use a design, bid, build concept. The latter involves the city, the engineer, and a general contractor.

The committee’s motion was to advance the preliminary engineering report to the full council for their review, to allow All States to begin the formal design process, and to start pursuing financing, which could be, but not limited to, borrowing money. The council also needs to decide on the design, bid, build concept.

Issues reported by the water treatment plant staff include unreliability of the 50-foot square clarifier basins, (or solid contact units) which are original to the 1965 plant. There’s been a buildup of sludge on fillet corners which are part of 1994 renovations. Also cited was the inability to maintain the sludge blanket thus preventing optimum treatment, as well as the spalling and deteriorating concrete for the clarifier and recarbonation basins. Raw water transmission lines were described as in poor shape

due to age and their installation through the wet well portion of the river and reservoir pump stations. It was noted years of exposure to high humidity and a corrosive environment have left the piping in disrepair and prone to failure.

Three bids were received on removing lime sludge at the water plant. Mid-West Injection submitted the low bid of $53.50 per dry ton up a maximum of 1,500 dry tons to keep within the $100,000 TMU budgeted for the job. The committee recommends Asplundh Tree Expert LLC for tree trimming from power lines. A two-person crew will cost $151.45 per hour for up to a maximum of $25,000 that’s in the TMU budget.

The tree trimming company indicated the work in Trenton could begin in April 2022.