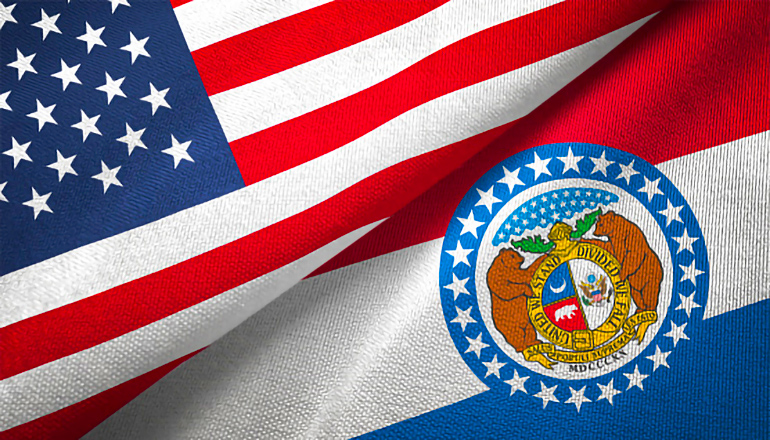 With the Missouri Day Festival only days away, the Trenton Rotary Club reminds everyone to consider sponsoring a United States or Missouri flag to be flown along the Parade route over Festival weekend.

The cost to sponsor such a flag is $50.00, and the sponsorship for the $50.00 fee is for three years. Flags are mounted on poles and placed in downtown Trenton, along 9th Street and Oklahoma Avenue for the weekend. Flags may be sponsored in honor or in memory of loved ones, in recognition of a business or organization, or simply, a thoughtful gesture.

Flags sponsorship is made by mailing a check payable to the Trenton Rotary Club at P.O. Box 254 in Trenton or by contacting Flag Chairman Chris Hoffman at BTC Bank in Trenton. Note Missouri Day flags on the Memo line.

As the Festival celebrates the Bicentennial of Missouri, Rotarians are again this year selling miniature flags that will be placed in the ground along the parade route for only $5.00 each. Flags are 12’’x 18’’ and mounted on small poles where patrons are able to pick up a flag to wave during the parade. Rotarians say this is a visual welcome to Trenton and to hundreds of visitors, many of them first-time guests. It not only encourages patriotism but fanfare for the big parade.

Those interested may purchase a miniature flag from any Trenton Rotarian for only $5.00 or from Cara McClellan American Family Insurance. Flags may also be purchased by mailing a check to Trenton Rotary Club at P.O. Box 254 in Trenton. The miniature flags will be placed along sidewalks on early Saturday morning, October 16 in preparations for the start of the Parade.