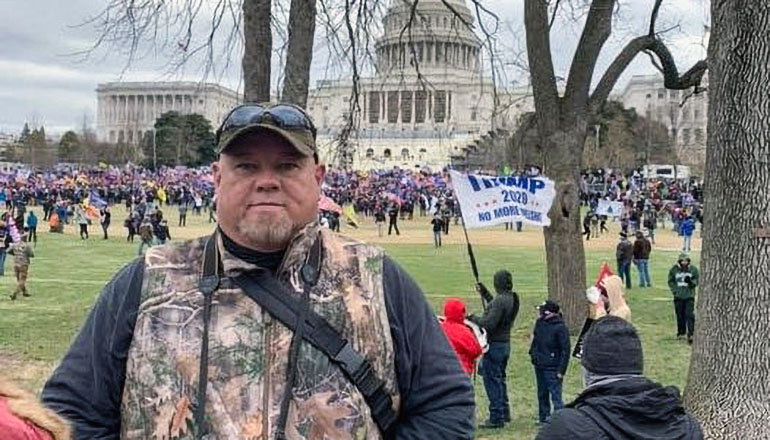 A Trenton resident has shared his experience at the rally in Washington D. C. on January 6th. Tommy Giles says he and two other local residents left Trenton the evening of January 4th.

He reports an estimated four million people gathered at the Freedom Plaza for the rally. He saw police officers, dump trucks blocking roads, and vendors along the way. There were people of different nationalities, people praying, and people singing.

Giles says “the place erupted with cheers” when President Donald Trump arrived. Attendees started walking to the Capitol after Trump spoke, but he notes they did not storm the Capitol.

People were on the scaffolding, the lower steps, the street, and the grass. They were also around the pond in front of the Capitol. Giles says it was estimated at least six million people were there, and some got on the side areas of the Capitol.  Some had fire extinguishers and were spraying them at the police. The police reportedly were throwing flash bangs and tear gas, but the wind was blowing the gas back on them.

Giles got to the wall in front of the building, but he only saw a few people rushing the Capitol. He stayed back, watched, and never entered the building.  Giles reports there were groups there, including Antifa, Proud Boys, Three Percenters, and Black Lives Matter. He saw news videos later from inside the Capitol, and he says the ones damaging and destructing were from Antifa. Videos he saw showed other people inside that did not tear up anything. Some people prayed on the Senate floor.

Giles says he did not see any instigating violence. He did not see weapons of any kind at any time. He describes those he saw as “people tired of being lied to and waiting” to have their voices heard.

Giles says police officers on the scene mainly watched and many interacted with rally participants. He did not see anyone get arrested.