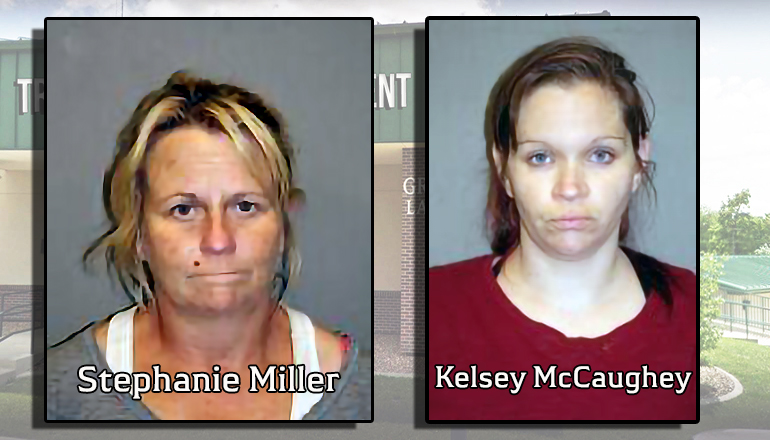 A Trenton resident, 46-year-old Stephanie Miller, has been arrested on a felony charge of possession of a controlled substance, synthetic cannabinoid.

Court information accused her of possessing methamphetamines on Thursday. Bond is $5,000 cash with a July 27 appearance in the Associate Division of Grundy County Circuit Court.

Trenton resident, 31-year-old Kelsey Lea McCaughey, has been arrested on a capias warrant accusing her of probation violation. Her original charge in Grundy County was for felony drug possession and unlawful possession of drug paraphernalia. A hearing on the alleged violation is scheduled in Division One of circuit court on August 12.

McCaughey also was arrested on warrants accusing her of alleged failure to appear in court on a seat belt infraction as well as failure to display plates on a vehicle. The court date for those cases is July 27 and is scheduled for the Associate Division.