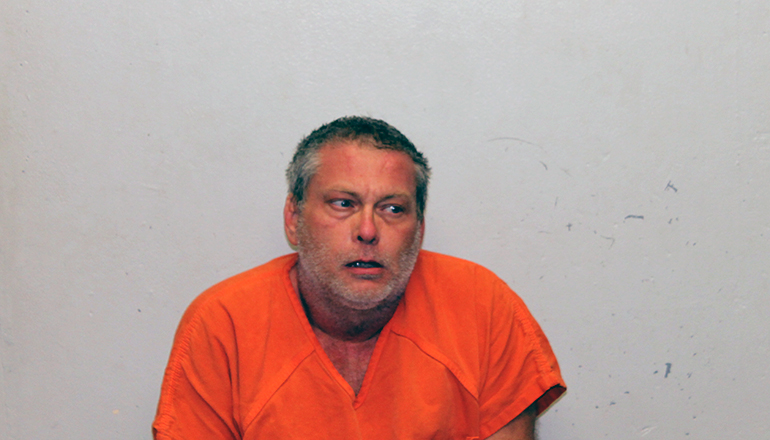 A Trenton man facing drug-related charges following a traffic stop in early November waived formal arraignment and entered a plea of not guilty in Division One of Daviess County Circuit Court on Wednesday.

Forty-eight-year-old Jamie Wilson has been charged with the felonies of possession of a controlled substance except 35 grams or less of marijuana or synthetic cannabinoid and first degree endangering the welfare of a child involving drugs—first offense. He has also been charged with misdemeanor unlawful possession of drug paraphernalia—prior drug offense, cut in on overtaken vehicle, and owner operating a motor vehicle without maintaining financial responsibility—first offense.

Bond which was previously $75,000 cash only was taken up, and modification was granted. Upon agreement of the prosecutor and defense attorney, bond was re-set at $10,000 and Wilson was released. He is to wear a drug patch and is to be subject to GPS conditions. He may have contact with the four-year-old child.

The case was continued to January 15th for a plea or trial setting.

Prior to stopping the vehicle, a trooper received information from the Northwest Missouri Interagency Team Response Operation Drug Task Force it was conducting a surveillance operation where it followed Wilson from Trenton to Independence.

Wilson claimed to have been issued a medical marijuana card, but the Patrol notes there were no active dispensaries.