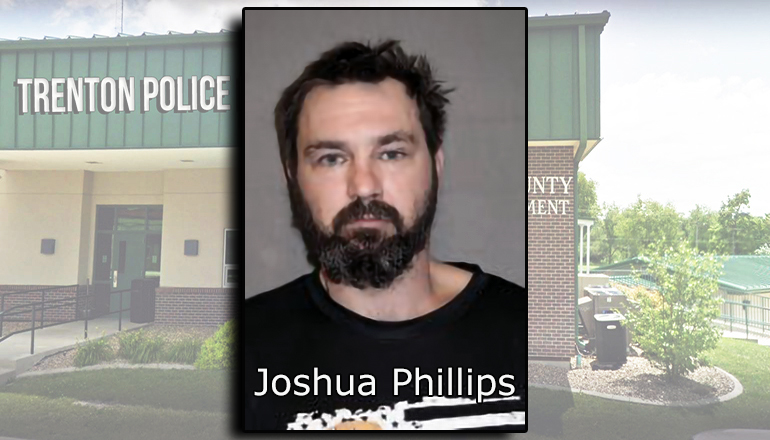 A Trenton man has been charged with felony second-degree arson after a fire at 213 East Crowder Road in Trenton on January 29th.

Forty-one-year-old Joshua Phillips’s charge came after an investigation by the Missouri Department of Public Safety Division of Fire Safety.

A probable cause statement from Fire Safety Investigator Tyler Anderson accuses Phillips of knowingly starting a fire on the floor of the dining room, living room, and kitchen, causing substantial damage to the house and its contents.  After conducting a scene examination, the fire was classified as Incendiary due to burn patterns and evidence there were three or more areas of origin and no clear pathway of communication by heat transfer.

Trenton Firefighter Derek Hert previously reported the house, owned by Russell and Beatrice Shaw, was in the process of being remodeled. No injuries were reported from the fire.

Court information indicates Grundy County Associate Judge Steven Hudson recused himself from Phillips’s case due to Phillips recently making death threats against the judge. Hudson directed the clerk to send a transfer request to the presiding judge for reassignment.