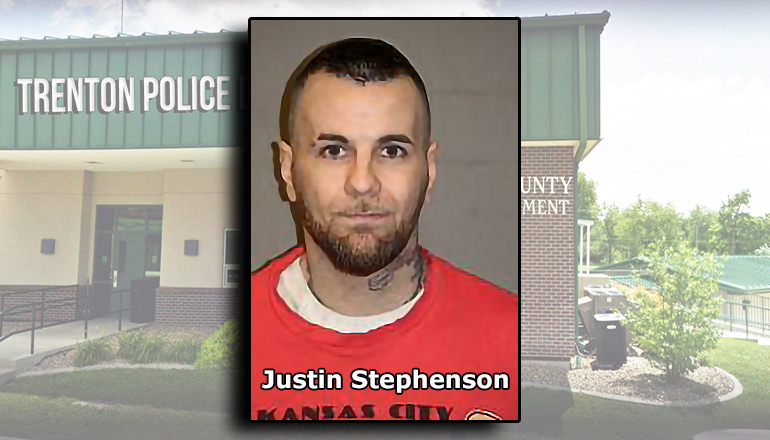 The Grundy County Sheriff’s Office reports the arrest of a Trenton resident on January 19th on two capias warrants for failure to appear.

Thirty-six-year-old Justin Wayne Stephenson was arrested in Wyandotte County, Kansas, and picked up from there. His original charges were the felonies of stealing all other property, stealing involving a fourth or subsequent offense within 10 years, and stealing $750 or more. His bonds total $2,000 cash only, and he is scheduled for Division One of Grundy County Circuit Court on February 10th.

Court information indicates Stephenson pleaded guilty and was convicted in Pulaski County Circuit Court in September 2011 of first-degree tampering with a motor vehicle and in January 2012 of first-degree burglary. He also pleaded guilty and was convicted in Grundy County Circuit Court in May 2019 of stealing.