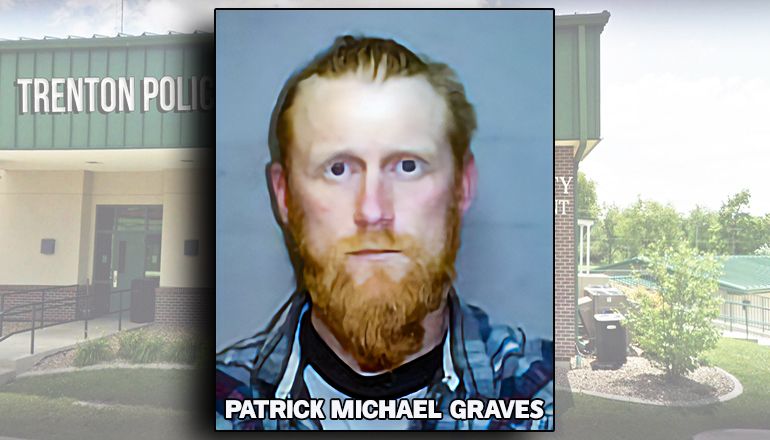 Thirty-five-year-old Patrick Michael Graves has been charged with felony possession of a controlled substance as well as the misdemeanors of possession of marijuana or synthetic cannabinoid of 11 to 35 grams, unlawful possession of drug paraphernalia, operating a motorcycle when driver’s license was not validated for such operation, owner-operated a motor vehicle without maintaining financial responsibility, and failure to signal or gave an improper signal when stopping or turning left or right.

Graves’s bond was set at $15,000 cash only with special conditions of being supervised by North Missouri Court Services if a bond is posted and random urine analysis. He is scheduled for the Associate Division of Grundy County Circuit Court on April 26th.

Graves is accused of possessing methamphetamine, more than 10 grams but less than 35 grams of marijuana, and a smoking pipe, which was drug paraphernalia. He is also accused of operating a motor vehicle on Lake Trenton Road at Fisherman Road during a time when he did not have a valid operator’s license, owning a vehicle required to be registered in Missouri, and operating that vehicle upon which financial responsibility was not maintained. Graves also allegedly failed to signal with a signaling device or hands.