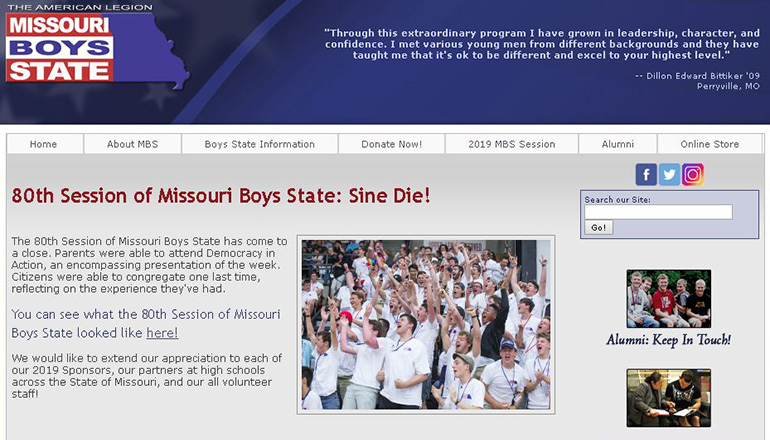 During the event on the campus of the University of Central Missouri in Warrensburg, Riley Raymo was a citizen of Carnahan City and held the position of delegate to the state convention, ward 1. He also appeared on the ballot for the House of Representatives and attended Journalism and Media School.

Raymo was selected based on his leadership, citizenship, academics, and character during his junior year at THS. The Trenton Lions Club and Trenton R-9 School District sponsored him.

Boys State is a democracy in which all citizens may vote and are eligible to hold office. The program is designed to educate and train Missouri’s young leaders in functional citizenship, leadership, and government.

Nearly 1,000 student leaders build a state government in one week.