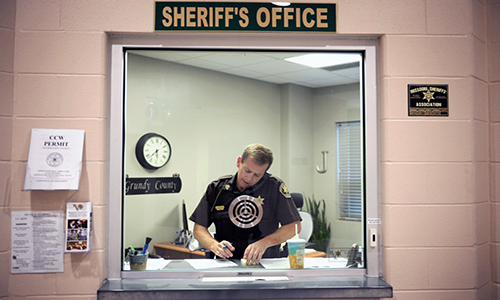 The Grundy County Sheriff’s office is reporting the arrest of three individuals.

A 25-year old Trenton resident, Steven Johnson, has been charged in Grundy County with second-degree burglary.

Johnson is accused of unlawfully entering a structure at 1803 Eastview Drive in Trenton March 1st, 2016 for the purpose of stealing.

The charge noted the structure was owned and/or possessed by George and Lillie Johnson.

Steven Johnson was held at the Grundy County Detention Center in lieu of 15-thousand dollars bond.

A 44-year old Galt resident, Jennifer Rolen, was being held in the Grundy County Detention Center on 15-thousand dollars cash only bond. A prior bond was revoked in connection with a charge from last year accusing her with abuse or neglect of a child. That case is still pending in the court system.

A 21-year old Leisure Lake resident, Camry Holsted, has been charged in Grundy County with driving while her license was suspended on Wednesday. Bond was set at 25-hundred dollars cash only.

Holsted, Rolen, and Johnson are to appear in Associate Division of Grundy County Circuit Court on March 22nd.