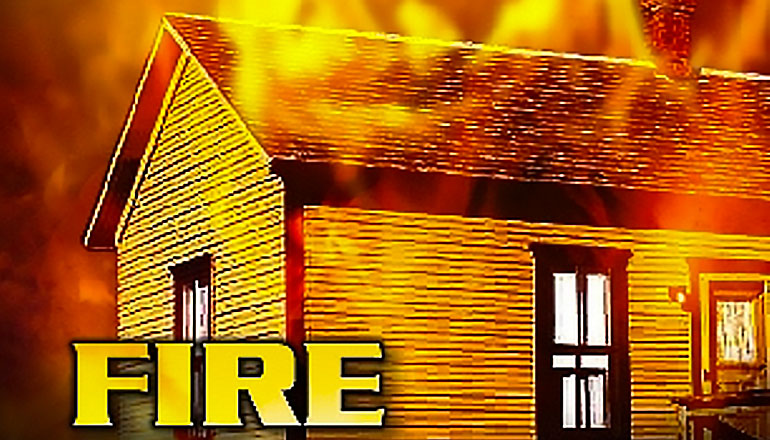 A shed in Trenton is considered a total loss after a fire on Thursday night, February 24.

Trenton Firefighter Alex Lovell reports that, when the fire department arrived, the shed built to enclose a wood stove at 705 West 12th Street was fully involved in fire. Firefighters deployed a one and three-quarter-inch attack line and extinguished the structure using water and foam.

Lovell says the fire was caused by an improper flue pipe being installed, which allowed the fire to spread to the structure, where it penetrated the roof.

The Trenton Fire Department was at the scene for approximately 30 minutes.