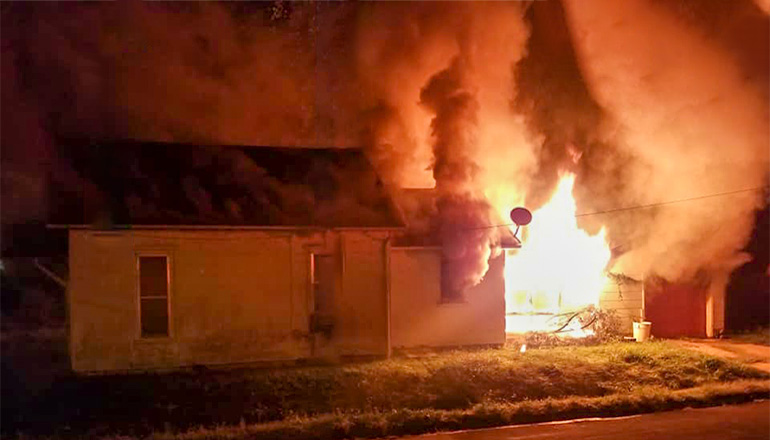 In what Fire Chief Brandon Gibler described as suspicious, Trenton firefighters and other agencies responded Monday morning to a house fire at 1437 Main Street.  The house is located on the southwest corner of the intersection at 15th and Main Streets.

Upon arrival just after 4 o’clock Monday morning, September 23, 2019, firefighters observed heavy smoke and flames coming from the structure. An inch and three quarter hose line was used to knock down the fire. Firefighters then made entry inside to search through the structure, extinguish the fire, and check for any hot spots.

A report from Firefighter Derek Hert indicates the house received extensive smoke and fire damage, however, no injuries were reported. The owners of the unoccupied house were listed as Jeannie Buzzard and Carman Morin.

The State Fire Marshal was called in to investigate as firefighters remained at the scene.

Assisting at the scene of the fire were the Grundy County Rural Fire Protection District, Grundy County Ambulance, and Trenton Police Department.