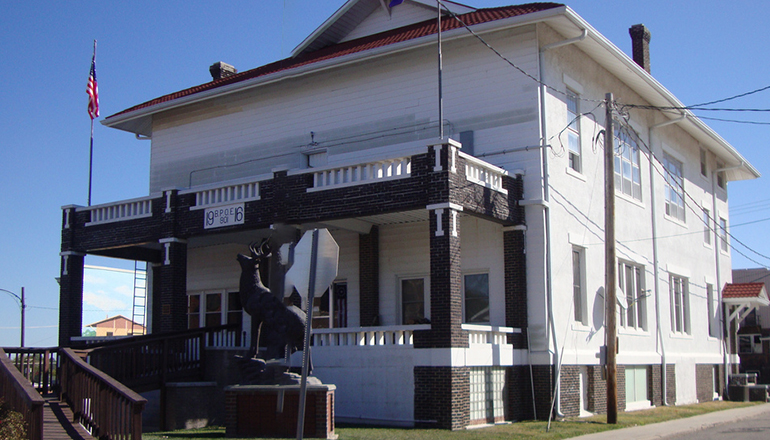 The Elks are celebrating their 150th anniversary at the national level this year.

Trenton Elks Lodge 801 trustee Matt Roberts says the organization began in New York City in 1868 noting the Trenton Lodge was instituted in 1902, and the building was built in 1916. The lodge held a ceremony to celebrate its 100th anniversary in 2002.

Roberts says individuals must be an American citizen to join the Elks, adding that the Elks only exist in the United States and several of its territories.

Roberts explains that the Grand Lodge started an Anniversary Grant for $1,500 last year in preparation of the group’s national 150th anniversary. The Trenton Elks received the grant and chose to give the grant money to five organizations in the community. Some grant money was used to put together care packages and send them to the National Guard’s 548th Transportation Unit of Trenton.

Roberts says the transportation unit provided the Trenton Elks with a flag that had flown over the base overseas. He notes the lodge applied for the Anniversary Grant once again this year.