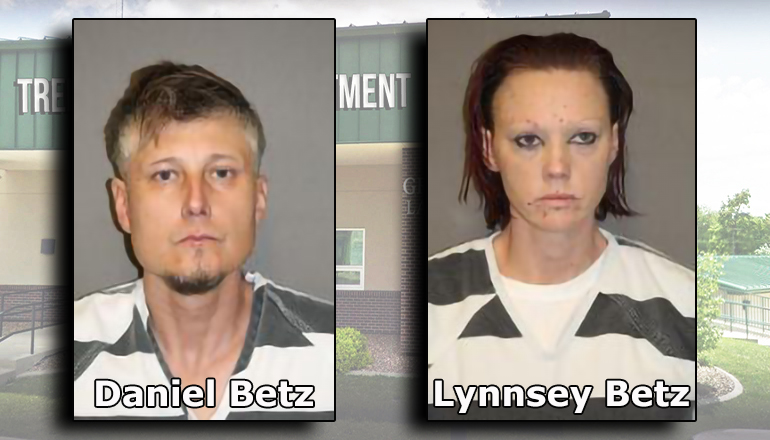 A couple from Trenton faces multiple counts of stealing in Daviess County after they allegedly stole items from the Jamesport Sales and Surplus Store.

A probable cause statement accuses Daniel Betz of stealing from the store on December 5th, 6th, and 28th as well as January 6th. Items reported as stolen included a jet fan two-cycle blower, a portable generator/power inverter, a 3,100-watt generator/inverter, a hybrid 8,000-watt generator, and two chainsaws.

A probable cause statement accuses Lynnsey Betz of stealing a hybrid 8,000-watt generator and two chainsaws from Jamesport Sales and Surplus on January 6th.

It is noted the Betzes are on Probation and Parole for stealing and burglary.