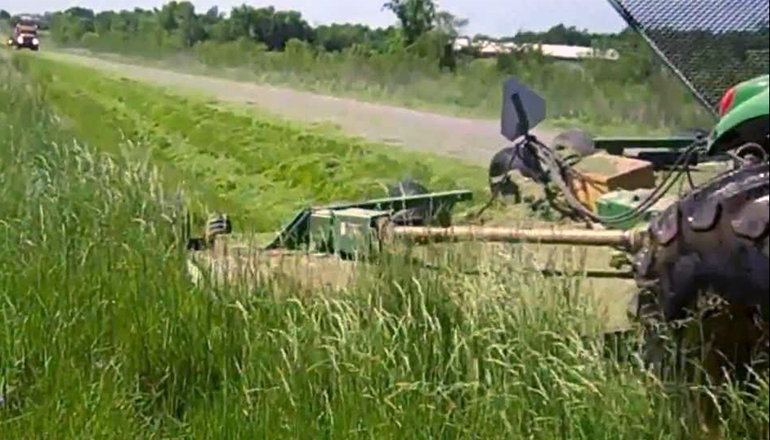 A City of Trenton employee received a minor injury while mowing with a street department-owned John Deere utility tractor with a sidearm brush cutter attached.  While attempting to return to the street department barn, police said the tractor also struck and damaged an apartment building on Lord Street.

Detective Jerry Smith reports 49-year-old Fred Sowder of Trenton had received a cut lip that bled when struck in the face by a tree branch while he was mowing along Lake Street late Friday morning.

Sowder attempted to drive to the street department area, traveling north on Lord Street, then attempted a right turn onto 13th Street when he apparently passed out due to the blood. The utility tractor went out of control and struck the north walls of Trenton Heights Apartments at 1912 East 13th Street in Trenton. Police noted structure damage was extensive to the apartments rented by Linda Barron and Amanda Camerena.

Fred Sowder was taken to Wright Memorial Hospital in Trenton where he was treated and released.