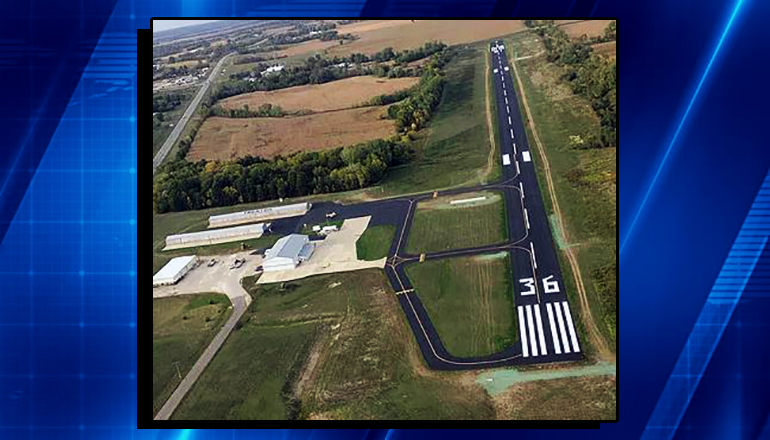 It took two votes, one of them to override the Mayors’ veto, but the city council last night approved renting the south portion of the large hangar building at the airport to Danny Stevens of Trenton.

The city received three proposals: Stevens offered rent of $325 per month, Clay Anderson of rural Chillicothe made an offer of $300 a month and David Tolen of Gallatin offered $250 in rent for space that Life Flight Eagle vacated. The emergency medical helicopter service was paying $1,500 per month.

Much of the discussion last night focused on offers from Stevens and Anderson.

Airport Manager Donnie Vandevender reported all three offers met basic requirements of the FAA for “use” of the hangar. Stevens wants to use the first floor west section to store his Cessna plane, and the east section as a bookkeeping office and file storage for Stevens Excavating and Plumbing.

Clay Anderson proposed the use of the hangar for aircraft maintenance and repair, restoration, and storage. Tolen, in his proposal, offered to use the space to store two airplanes for his flying service.

Mayor Nick McHargue said the airport board recommended renting the hangar to Clay Anderson who was planning to have an aircraft mechanics business there. Board Chairman Dyle Wilson told the council to do what is best for the city and the airport such as consideration of a mechanic on site.

Wilson pointed out three other hangars are available to rent for those wishing to store an airplane. McHargue said Stevens already rents a hangar for $125 a month; so leasing the south hangar to him nets the city only $200 monthly.

For his part, Stevens spoke up several times, addressing the Mayor and council while answering questions. He was the only one of the three bidders to attend the city council meeting. (The other two were not represented)

Although he stated the hangar rent quotes were too low, Councilman Glen Briggs made a motion to rent the hangar to the high bidder, Danny Stevens. It passed six to two with councilman Lou Fisher and Larry Crawford voting No. Mayor McHargue then vetoed the decision showing his preference for Anderson Aviation Services. Briggs made the motion to override the Mayors’ veto. And this also passed by the same six to two margin which was enough to override the veto. Both were done on a roll call.

Council member Jenn Hottes stated she is an appointed member of the airport board but was not advised of the meeting in which the quotes were reviewed.