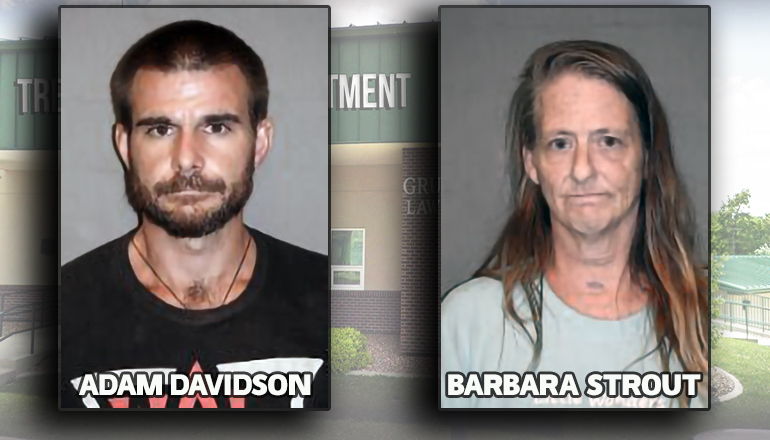 The Grundy County Sheriff’s Office reports the arrest on September 8, 2021, of two individuals who failed to appear in court.

Fifty-three-year-old Barbara Lois Strout of Eldon was arrested in Miller County. She allegedly failed to appear on felony charges of possession of a controlled substance and unlawful possession of drug paraphernalia. Strout’s bond is $7,500 cash only, and she is scheduled for the Associate Division of Grundy County Circuit Court on September 14th.

Thirty-four-year-old Adam David Anthony Davidson of Galt turned himself in. He allegedly failed to appear in court on felony non-support with total arrears in excess of 12 monthly payments due under an order of support. Davidson posted a bond of $1,000 cash only. He is scheduled for the Associate Division of Circuit Court on October 12th.

Court documents accuse Davidson of failing to make an ordered child support payment in May 2021 and having an arrearage of $9,841.