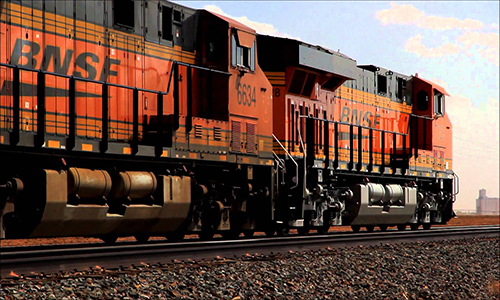 The Marceline Police Department reported no one was injured, and nothing hazardous was spilled when a section of a westbound train derailed north of Marceline Thursday night, July 8.

A representative for the police said there was a malfunction with a connector, and some of the Burlington Northern Santa Fe train came unhooked from the engine.

Railroad crossings were closed the night of July 8 at Santa Fe Street, Hauser Street, and Broadway Avenue east of Highway 5 at the overhead bridge. Several crossings north of the city limits were also closed. The representative noted all streets through Marceline were open the morning of July 9, except the underpass on Highway 5. A detour was marked.

The police reported most of the damage was contained to railroad property. Firemen and railroad engineers had been on the scene.  It was unknown when the railroad would be reopened through the city.