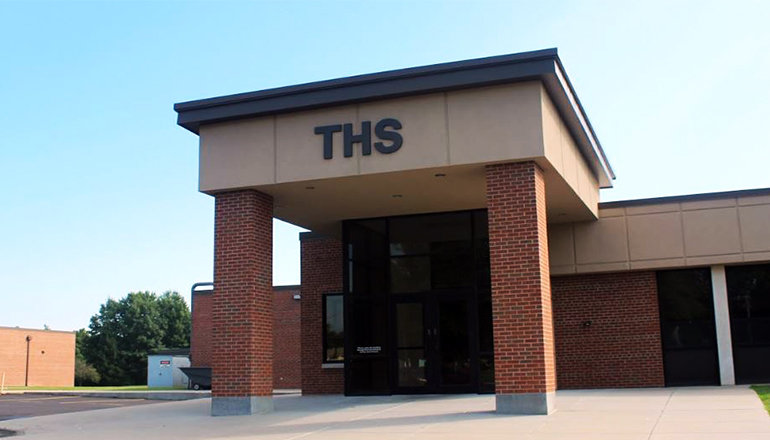 Trenton High School student Katerina Black was the number one ranked  individual in the state during meat judging competition at the Missouri FFA Convention in Columbia.

In the same career development event, Meadville was 4th, Princeton 9th, and Green City 11th out of 47 meat judging teams across the state. Area students ranking toward the top in meats judging include Joel Martin of Meadville and Maggie White of Green City was 4th.

In another career development event, Trenton’s agriculture sales team finished in 5th place and Jamesport was 9th out of 24 competitors. Mariah Fox was the highest ranked Trenton FFA member in ag sales, placing 9th. Others on the team are Sadie Roy, Karley McCollum, and Jacob Davis.

Hamilton FFA had teams placed 6th in ag mechanics and 11th in forestry.

The Missouri FFA Association has recognized Joel Martin of the Meadville FFA Chapter as the State STAR Farmer at the 88th Missouri FFA Convention in Columbia today. His parents are Phillip and Heather Martin of Bucklin.

Martin was selected from 15 Area Star Farmers based upon outstanding production agriculture in the student’s supervised agriculture experience program and active participation in FFA. He represented Area 3, which includes 24 chapters in the Northeast District.

Martin currently serves as area treasurer and chapter president at Meadville. Martin plans to study animal science at Kansas State University, and he hopes to participate on the livestock and meat judging teams. After college, Martin has plans to continue his beef operation and become a leader in the cattle industry.

Other state STAR WINNERS are:

Hayden Otto of Iberia and member of the Eldon FFA Chapter is the State STARin Agribusiness.

Cole Diggins of Moundville, (Missouri) and member of the Bronaugh FFA Chapter is the State STAR in Agriscience.

Bridget Merrigan of Gower and member of the East Buchanan FFA Chapter as the State STAR in Placement  Students from Gallatin and Green City chapters are AREA Stars in placement.

Cooper Grady of the Gallatin FFA Chapter is the Area 2 Star in Placement. He is the son of Will and Cindy Grady of Gallatin.

After completing his associate’s degree, he plans to study agricultural systems management at Northwest Missouri State University in Maryville. Zachary Ayers of the Green City FFA Chapter is the Area 3 Star in Placement.  Ayres is the son of Rick and Jonna Ayers of Green City. After high school, Ayers plans to study animal science at the University of Missouri-Columbia.

Prior to working at NCMC, Jumps was an agriculture teacher and FFA advisor for 13 years. He also has served as Young Farmer advisor for nine years.

Another recipient of an honorary state FFA degree was Mrs. Jonna Ayers of Green City; an agricultural education instructor in the Green City R-1 School District. She has served as an agriculture instructor for seven years.

Honorary state FFA degrees also were given to the parents of the 2015-16 state officers. From this area, that includes Glen and Val Kirby of rural Trenton who are parents of now, past president of the state FFA, Adam Kirby.

The honorary degree presentations were Thursday night. Among the motivational speakers the same night on the stage at the Hearnes Center was Miss Missouri, Mackenzie Garber from Hale, (Missouri) who also is a former member of the F-F-A Chapter in her hometown.