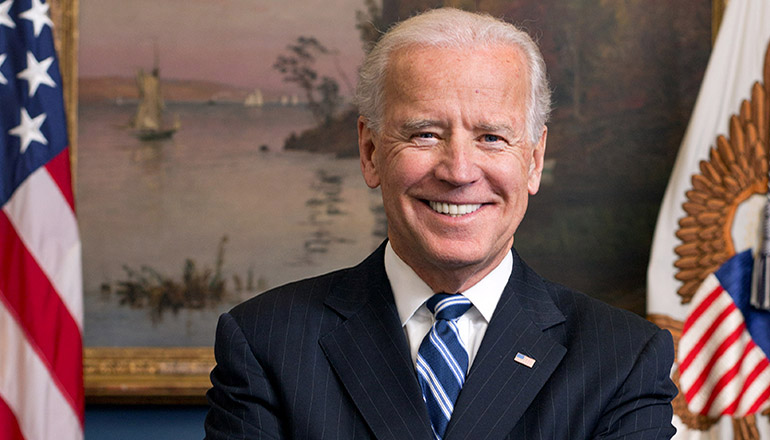 No documents need to be uploaded with the application, Biden said.

Late Friday, a beta version of the student loan forgiveness application was released by the Department of Education. Biden said 8 million borrowers were able to fill out the application “without a glitch.”

The White House estimated that 43 million borrowers would qualify for some relief.

Those who qualify have until December 31, 2023, to fill out the application.

The president called out Republicans for attacking the debt relief program, as well as Republican-led states that filed a lawsuit to prevent borrowers from applying for financial relief. The suit argues Congress did not approve the debt cancellation and that the Department of Education is misusing its emergency authority.

“Their outrage is wrong and hypocritical,” Biden said. “I don’t want to hear from Republican officials who had hundreds of thousands of dollars, even millions of dollars, in pandemic relief loans—PPP loans—who now attack working-class Americans for getting relief.”

U.S. Secretary of Education Miguel Cardona also joined the president for the announcement. Cardona said the department is working to also include borrowers with private loans to qualify for debt relief.

“We are working on pathways there to support those,” Cardona said. “But we’re moving as quickly as possible to provide relief to as many people as possible.”

The administration quietly dropped a section of borrowers—nearly 800,000—from qualifying for the student loan forgiveness plan if they have loans administered through the now-defunct Federal Family Education Loan program, or Perkins loans, following a lawsuit from half-a-dozen Republican-led states.

A Missouri judge will issue a decision on the lawsuit filed by attorneys general from Missouri, Nebraska, Arkansas, Kansas, and South Carolina and on behalf of Iowa’s governor.

Another lawsuit, filed in Texas, seeks to block the program, arguing that the Biden administration did not ask for public comment before moving forward with its action

Watch out for scams

Biden also warned of a scam in which callers will pretend to be from the federal government, asking about assisting a borrower with student loan debt.

“Let’s be clear,” Biden said. “Hang up. You never have to pay for any federal help from the student loan program.”

He said student loan repayment, which has been paused since early 2020, will resume in January.

Those borrowers who continued to pay off their loans during the student loan freeze in the early stages of the pandemic are allowed to get reimbursed for payments made the beginning of March 13, 2020, by contacting their loan servicers to request a refund.