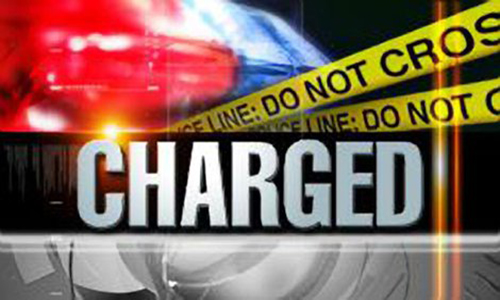 A man from Houston, Texas, has been charged in Harrison County after he allegedly fled from law enforcement on June 15.

Twenty-five-year-old Onyedikachi Hakeem Shodimu faces felony charges of resisting arrest, detention, or stop by fleeing, creating a substantial risk of serious injury or death to any person and third-degree assault, special victim. He also has been charged with misdemeanor driving while intoxicated. His bond is $25,000 cash or corporate surety.

A probable cause statement says Shodimu was reported as a suspicious person by employees of Love’s Truck Stop of Eagleville and allegedly stole items from the business. He reportedly drove recklessly through the parking lot where there were multiple people, which continued until the vehicle was disabled by law enforcement.  The probable cause statement says Shodimu ran on foot from his vehicle, was subdued by a citizen, and was handcuffed by law enforcement. He allegedly kicked a Highway Patrol trooper and a Harrison County deputy while officers attempted to secure him inside a Harrison County patrol vehicle.

It was noted he had dilated pupils and made irrational statements, consistent with someone under the influence of a controlled substance.