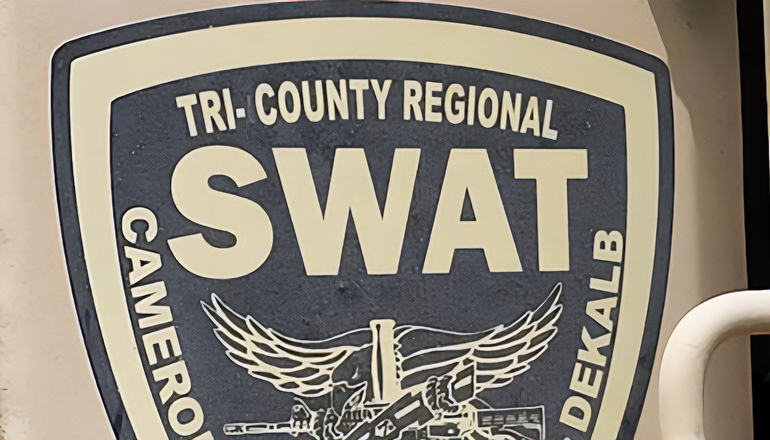 The Clinton County Sheriff’s Department reports one person is hospitalized and another was arrested Saturday at Lake Arrowhead near Lathrop.

Deputies and state troopers were called to Southeast Apache Drive Saturday morning regarding a female who escaped from being held against her will. Sheriff Larry Fish said it was learned the female had been severely assaulted and tortured for two days.

When attempts failed to get anyone to come to the door, negotiations began. One resident came out, with another individual who was described as inside and allegedly armed and suicidal. The Tri-County SWAT team was sent to the scene. The sheriff reported after five hours, the special law enforcement team along with K-9 Merlin were able to locate the suspect described as hiding in a false wall.

James Larson Junior of Lathrop was taken into custody.

The sheriff reports Larson is held on an unrelated no bond warrant for an alleged probation violation. Charges are to be filed by the Clinton County prosecutor once the investigation is complete.

The female victim, according to the sheriff, was in guarded condition Saturday at a hospital.