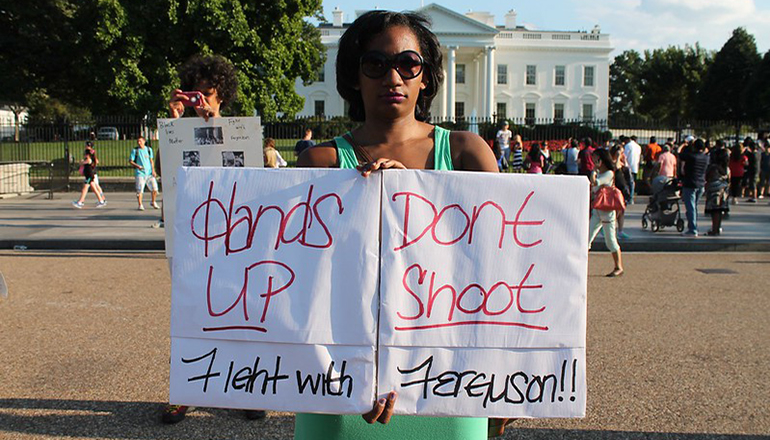 More than a year after the police killing of George Floyd that sparked nationwide protests, a professor in St. Louis is taking on a project to figure out what support systems Black parents have to talk with their kids about racial violence.

Missouri has been a central point of the movement against police brutality after Michael Brown was killed by a police officer in Ferguson in 2014.

Sheretta Butler-Barnes, associate professor in the School of Social Work at Washington University in St. Louis, received a National Science Foundation grant to lead the study. She said it can be really challenging to have conversations about the racial violence that still happens today.  “When we have a huge movement in terms of racial injustice, parents are still sort of left picking up these pieces and trying to understand what is the best way that I can have this conversation with my child?” Butler-Barnes explained. “Because, believe it or not, some parents have some anxiety talking about it.”

The study is going to follow 1,000 Black families in Missouri and Virginia over three years to see how racism, from racial violence in the media to racist incidences in their daily lives, shapes their children’s academic achievement and well-being, as well as their desire to be civically engaged.

Butler-Barnes added while the study is following Black families, in particular, she hopes the outcomes can serve as a resource for other marginalized communities as well, especially with anti-Asian violence increasing during the pandemic, and other injustices against Latinx, immigrant, and Indigenous communities.  “When your teenager turns 15 when they want to eventually get a car, you’re sort of having conversations about how he or she may or may not be pulled over,” Butler-Barnes recounted. “Being a person of color in the U.S., we have these conversations with our children about survival and how the world may perceive them.”

Butler-Barnes added white parents, as well as parents of color, need to engage their kids in conversations about race and how they may be perceived. She hopes her study will promote support systems, tips, and coping mechanisms for families.